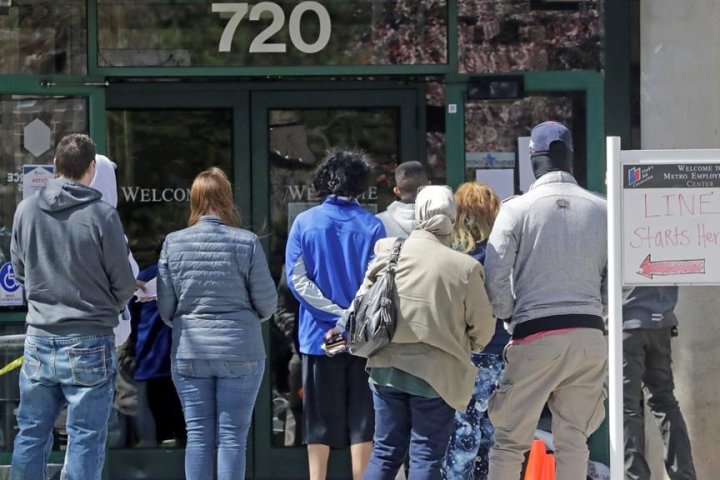 The number of Americans filing for unemployment benefits held above 2 million last week for a 10th straight week amid job cuts by U.S. state and local governments whose budgets have been decimated fighting the COVID-19 pandemic and more second-wave layoffs in the private sector.

New claims for state unemployment benefits totaled a seasonally adjusted 2.123 million for the week ended May 23, from a revised 2.446 million in the prior week, the Labor Department said on Thursday.

Economists polled by Reuters had forecast initial claims falling to 2.1 million in the latest week from the previously reported 2.438 million. Though claims have declined steadily since hitting a record 6.867 million in late March, they have not registered below 2 million since mid-March.

The weekly jobless claims report, the most timely data on the economy’s health, is being watched to assess how quickly the economy rebounds after businesses shuttered in mid-March to control the spread of COVID-19 and almost ground the country to a halt.

The number of claims, stuck at an astonishingly high level even as non-essential businesses are starting to reopen, suggest it could take a while for the economy to dig out of the coronavirus-induced slump despite signs from the housing market and manufacturing that the downturn was close to bottoming.

“I am concerned that we are seeing a second round of private sector layoffs that, coupled with a rising number of public sector cut backs is driving up the number of people unemployed,” said Joel Naroff, chief economist at Naroff Economics in Holland, Pennsylvania.

“If that is the case, given the pace of reopening, we could be in for an extended period of extraordinary high unemployment. And that means the recovery will be slower and will take a lot longer.”

In a separate report on Thursday, the Commerce Department said gross domestic product contracted at a 5.0% annualized rate in the first quarter, the deepest drop in output since the 2007-09 Great Recession, rather than the 4.8% pace estimated last month.

The second wave of layoffs could grow bigger, with Boeing announcing on Wednesday it was eliminating more than 12,000 U.S. jobs and also disclosing it planned “several thousand remaining layoffs” in the next few months.