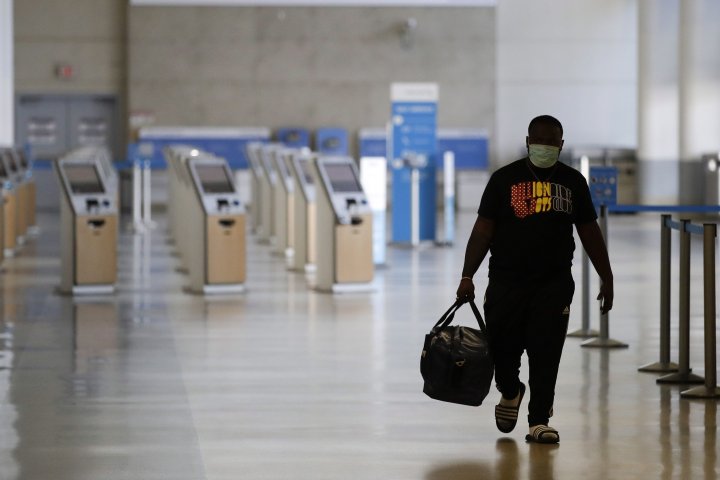 The spark that started the U.S. coronavirus epidemic arrived during a three-week window from mid-January to early February, before the nation halted travel from China, according to the most comprehensive federal study to date of when the virus began spreading.

That means anyone in the U.S. who thought they had the virus in December or early January probably had the flu, public health researchers said.

Some people have claimed Americans were getting sick from the coronavirus as early as November and that infections were spreading in the U.S. before any case was identified, said Dr. Robert Redfield, the head of the U.S. Centers for Disease Control and Prevention.

“(This) puts data into the discussion. Prior to this we had discussion without a lot of data,” he said.

In the study released Friday, CDC researchers collaborated with health officials in six states as well as genetics researchers and disease modelers in the Seattle area.

They drew on four kinds of data. One was reported illnesses by hospital emergency departments across the country. Another was a look back at about 11,000 respiratory specimens collected in January and February. A third was a genetic analysis of viruses taken from patients in California, Washington and the Northeast. Finally, autopsy findings from California also fit the theory.

The new coronavirus emerged in Wuhan, China, late last year. The first U.S. infection to be identified was a traveler — a Washington state man who returned from Wuhan on Jan. 15 and sought help at a clinic on Jan. 19.

The White House announced a ban on travelers from China on Jan. 31, with implementation beginning on Feb. 3. Before that, some travelers were screened for symptoms at some airports. Only later did health officials realize the virus could spread before symptoms show up, rendering symptom-based screening imperfect.

White House officials in February declared the virus was contained and not a current risk to the American public. Until late February, coronavirus infections were too rarely diagnosed by emergency departments to be identified as a growing epidemic, the study found.

But limited spread in some communities was occurring in late January and early February, the study found.

Early instances of infection were found in the 11,000 airway samples collected from six states. The earliest was in a sample collected Feb. 21 in the Seattle area.