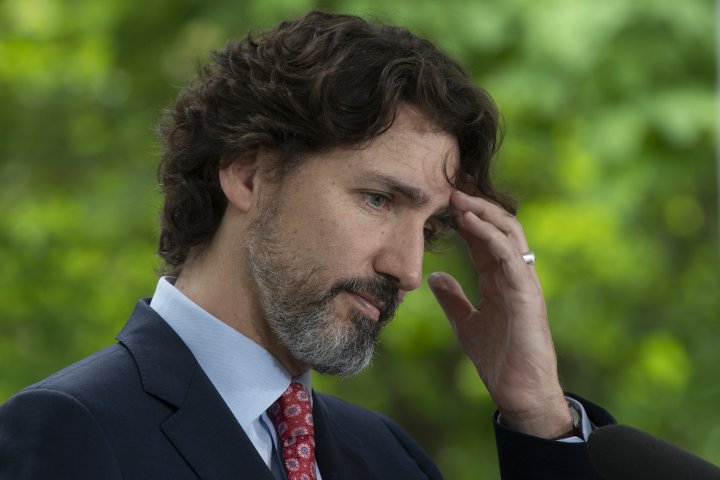 Trudeau acknowledged recent media reports of family members or people with permanent-resident status being turned away by border agents as a result of a mutual ban on non-essential cross-border travel.

But he also noted that while some premiers support the idea, others are concerned about the potential risk of cases of COVID-19 being imported into their provinces.

Ontario Premier Doug Ford, for one, has been very vocal about his desire to keep the border closed to prevent the spread of the novel coronavirus, as has New Brunswick’s Blaine Higgs.

Trudeau said no matter what the government decides, it will be with the safety and well-being of Canadians at the forefront.

He also said that any steps would not impact the travel ban, which is currently set to expire June 21 but could be extended depending on the ongoing discussions between the two countries.

“There have been a number of stories in the media over the past weeks, and things we’ve heard from MPs, on families who have close family members who are separated because of citizenship at the U.S. border,” Trudeau said.

“We have been looking at ways of perhaps allowing close family members — children, spouses or parents, Canadian citizens or permanent residents — to be able to reunite under strict conditions.”