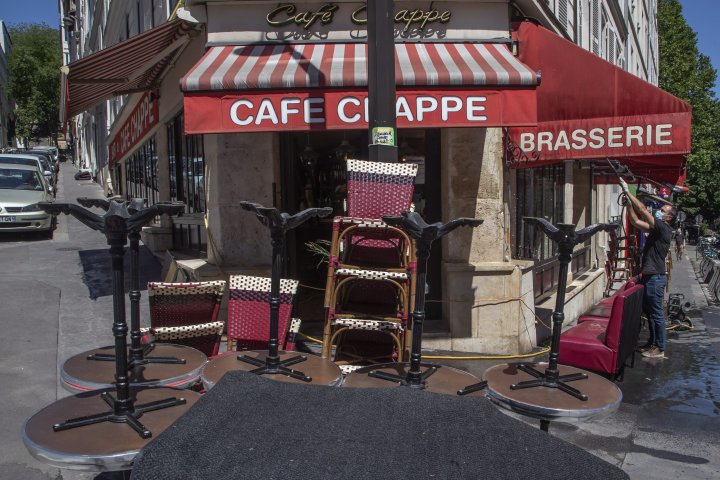 The agency clarified Friday that the surprising new figures were the result of a new accounting method, and not linked to a much-feared second wave of the virus.

But they highlighted concerns about the French government’s handling of the crisis, and served as a reminder that infections are continuing in one of the countries hit hardest by the pandemic.

“We are where we had hoped to be at the end of May, and maybe a little better,” Prime Minister Edouard Philippe said Thursday, as he announced that restaurants, museums and parks could reopen next week for the first time since March. “It’s good news, but not good enough for everything to return to normal.”

Statistics released Friday showed 96 virus clusters have emerged around France since the government started easing confinement measures May 11. They are primarily in medical facilities, businesses and shelters.

And the virus remains a serious risk in two overseas French regions, where health care is weaker and poverty higher than on the mainland: the Indian Ocean island of Mayotte and French Guiana on South America’s Caribbean coast.

Overall COVID-19 is receding in France, with the number of virus patients in intensive care dropping every day since April 8 and now at 1,429.

But the public health agency DGS quietly released figures Thursday night showing a rise of more than 3,000 new infections from the day before – the biggest such jump in more than three weeks.

That puzzled epidemiologists like Dr. Laurent Toubiana, who has been closely following the curve of the virus in European countries, and thinks the epidemic is petering out in France. “It’s incomprehensible,” he said.

The DGS then said Friday the new cases included positive tests registered under a “better, more exhaustive” counting system put in place May 13, and did not correspond to a single-day rise. It insisted there are “no signs in favor of a return of the epidemic.”

France has confirmed 149,071 cases so far, though the government acknowledges the real number of infections is much higher because of limited testing.