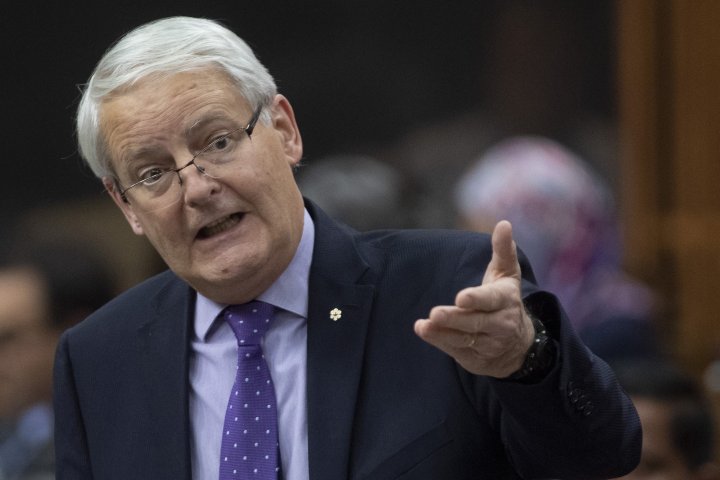 The flight recorders from the Iran plane crash that left dozens of Canadians dead have still not been received, Transport Minister Marc Garneau said Thursday.

“The boxes are still in Iran,” he said.

Canada and other countries have been waiting months for Iran to hand over the flight recorders from the plane so the data can be downloaded and analyzed in hopes of painting a clearer picture of what happened that January day.

Ukraine International Airlines Flight 752 was shot down on Jan. 8 by the Iranian military shortly after it took off from Tehran. The crash claimed the lives of all 176 people on board, including 55 Canadian citizens and 30 permanent residents.

Retrieving the black boxes from Iran has been an ongoing process between the involved countries. Iran has yet to make good on its promise to hand over the boxes from the downed airliner to the Ukrainian government — a promise that was made back in March.

The process hit a snag due to the COVID-19 pandemic, in part due to travel restrictions.

“That did not happen. They said it would be within two weeks,” Garneau said Thursday.

“That coincided with the serious onset of COVID-19 in Iran, and they explained they were not in a position to address that matter at that time. We continue to exert pressure on Iran to transfer those boxes.”

Ukraine’s ambassador to Canada recently said his country was “dissatisfied with the non-process” on receiving the flight recorders, despite the challenges the world is facing with the COVID-19 pandemic.

The Transportation Safety Board (TSB) of Canada said in April that Iranian authorities had reached out to see if Canadian representatives would be on hand for the process, but travel bans and other COVID-19 risks made it impossible to attend.

The TSB told the Canadian Press that Canada and the other countries impacted asked Iran to delay downloading and analyzing the data until those travel restrictions had been lifted.

The families of some of those killed on the plane have complained that COVID-19 was detracting the federal government from efforts to hold Iran to account.