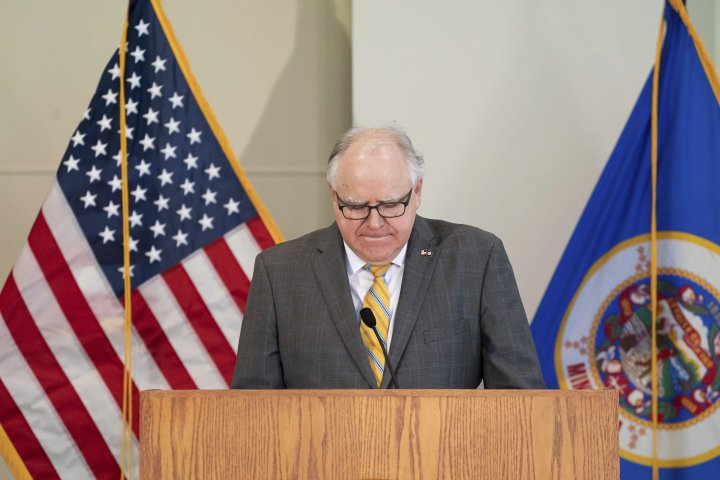 Minnesota Governor Tim Walz called on Friday for an end to the violent protests that have rocked Minneapolis following the death of an unarmed black man in police custody and said he expected “swift” justice for the police officers involved.

Walz also promised a reckoning with the racial inequities behind the unrest, but said that first the state’s National Guard would work to restore order following three nights of arson, looting and vandalism in Minneapolis.

The protests were sparked by outrage over the death of George Floyd, a black man who was filmed crying out for help as a white police officer pinned him to the ground with a knee to his neck. Floyd, 46, died on Monday.

“We have to restore order to our society before we can start addressing the issue,” Walz told a briefing, referring to decades of racial divide across the United States. “We cannot have the looting and recklessness that went on.”

Walz also apologized for the arrest of a CNN reporter and his crew who were led off in handcuffs while reporting live on television early on Friday close to a police precinct that was burned overnight.

Officers gave no explanation as they escorted CNN reporter Omar Jimenez, a producer and camera operator away. The crew had just shown a protester being taken into custody when about half a dozen police officers in gas masks surrounded Jimenez. They were released about an hour after being arrested.

This is a developing story. More information to come.

The one they gave away: Fishermen donate huge tuna to health-care workers