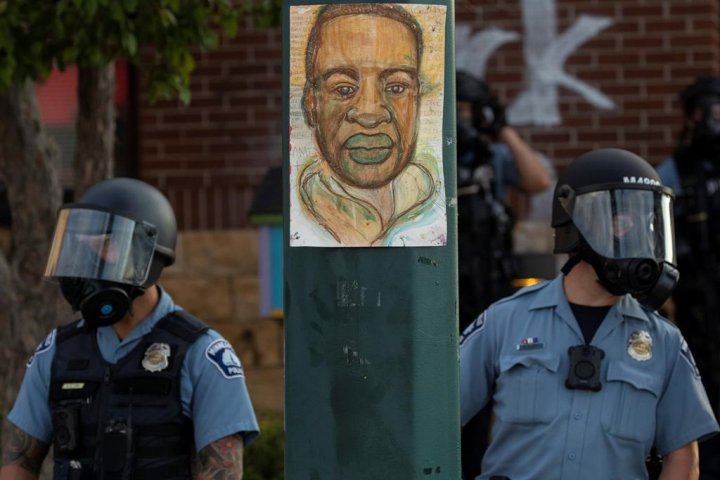 A white former Minneapolis police officer was charged with murder on Friday after a bystander video showed him pinning his knee into the neck of an unarmed black man who later died, an incident that triggered three nights of violent protests.

Derek Chauvin, the officer seen on the cellphone video footage kneeling on George Floyd’s neck, is in custody and has been charged with third-degree murder and manslaughter, Hennepin County Attorney Mike Freeman told a news briefing.

“We have evidence, we have the citizen’s camera’s video, the horrible, horrific, terrible thing we have all seen over and over again, we have the officer’s body-worn camera, we have statements from some witnesses,” Freeman said.

The graphic footage, taken during the Monday evening arrest, shows Floyd, 46, gasping for air and pleading for help as he repeatedly groans, “please, I can’t breathe,” while onlookers can be heard shouting at police to let him up.

Floyd gradually grew unresponsive and ceased to move. He was pronounced dead at a local hospital a short time later.

Chauvin had his knee on Floyd’s neck for 8 minutes and 46 seconds, according to court documents. An autopsy found the combined impact of being restrained by police, underlying health conditions and any potential intoxicants in his system likely contributed to his death.

The charges came after a third night of turmoil, which saw protesters set fire to a police station in Minneapolis and the National Guard deployed to help restore order.

Floyd, a Houston native who had worked security for a nightclub, was arrested for allegedly using counterfeit money at a store to buy cigarettes on Monday evening.

An employee who called police described the suspect as possibly drunk, according to an official transcript of the call.

Chauvin and three other officers at the scene were fired on Tuesday from the Minneapolis Police Department. The city has identified them as Thomas Lane, Tou Thao and J Alexander Kueng.

Freeman said the investigation into Chauvin, who faces up to 25 years in prison if he is convicted, was continuing and he anticipated filing charges against the other officers as well. He said it was appropriate to charge “the most dangerous perpetrator” first.

St. Albert woman stuck in Peru calls on government for help getting home