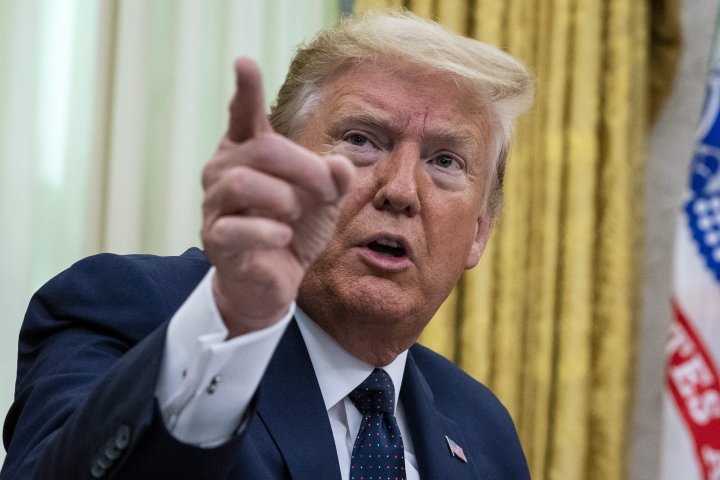 “When the looting starts, the shooting starts” — a phrase used by U.S. President Donald Trump to raise the prospect of violence against protesters in Minnesota — was once uttered by a Miami police chief who faced sharp criticism from civil rights leaders during the turbulent era.

Trump used the phrase in reference to the protests sparked by the death of George Floyd, a Black man who was killed during an arrest by a white police officer in Minneapolis on Monday.

On Thursday, the U.S. National Guard was called in to Minnesota, where fires and looting were occurring.

“These THUGS are dishonouring the memory of George Floyd, and I won’t let that happen,” Trump said in a tweet sent at almost 1 a.m. Friday.

“Just spoke to Governor Tim Walz and told him that the Military is with him all the way. Any difficulty and we will assume control but, when the looting starts, the shooting starts. Thank you!”

Twitter hid the tweet under a warning message because it violated the platform’s rules on “glorifying violence.”

Trump later said he didn’t want any shootings to occur.

“Looting leads to shooting, and that’s why a man was shot and killed in Minneapolis on Wednesday night — or look at what just happened in Louisville with 7 people shot. I don’t want this to happen, and that’s what the expression put out last night means,” he said in a tweet Friday afternoon.

You should also READ  Coronavirus: Lack of new virus hotspots fuels debate on when to ease restrictions

“It was spoken as a fact, not as a statement. It’s very simple, nobody should have any problem with this other than the haters, and those looking to cause trouble on social media. Honour the memory of George Floyd!”

Multiple U.S. media reports have pointed out that the looting phrase was used by Miami Police Chief Walter Headley.