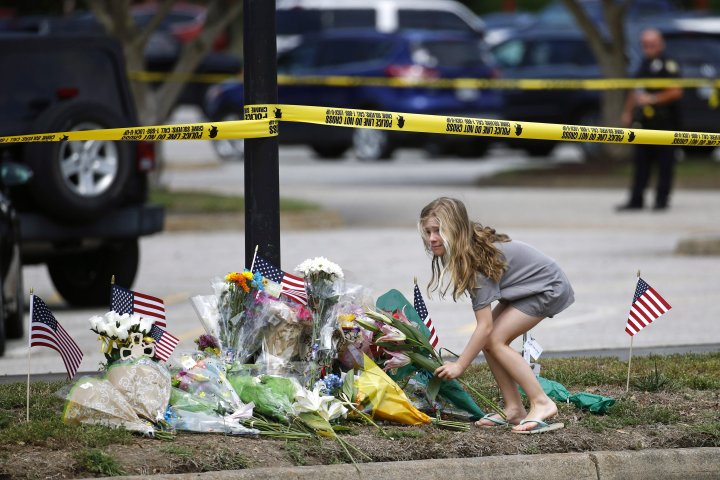 The rampage at a Virginia Beach city government building was the latest in a string of high-profile mass shootings nationwide, between the high school killings in Parkland, Florida, and the Walmart massacre in El Paso, Texas.

As the tragedy nears its one-year anniversary Sunday, some victims’ family members feel it has effectively been forgotten after the national spotlight moved on to other mass killings, and more recently has been all but eclipsed by the coronavirus pandemic.

That leaves less pressure on authorities to provide definitive answers about why their loved ones died, they say, with the shooter’s motive officially still a mystery a year after he shot dead 12 people at the Virginia Beach Municipal Center before being killed by police.

“We were a flash in the pan,” said Jason Nixon, whose wife, Kate, was among those killed. “I think that we should have had a lot more attention. It’s not normal for someone to wake up and go murder 12 people.”

City engineer DeWayne Craddock, 40, opened fire May 31, 2019, in offices where he had worked for more than nine years. Eleven co-workers and a contractor who was getting a permit died, four others were seriously wounded and a police officer received a bullet in his tactical vest but escaped serious injury.

The shooter had submitted his resignation the same day citing “personal reasons,” but city police investigators and an independent security firm that conducted an investigation know little about what drove him to go on his rampage, despite conducting hundreds of interviews and poring over thousands of documents.

The “answer to `why’ may be something we will never know,” city officials wrote in an April update on the probe.

Nixon and other family members of victims believe they have an inkling, however: What they call a toxic workplace environment and poor management by supervisors.

“I know what led to this,” said Nixon, who’s been among the most outspoken of the relatives. “It wasn’t random.”

Langer had been harassed and bullied in the building, she said, and there was an office culture “that pushed that man over the edge.” Borato also said workplace security was lax.

City officials and Hillard Heintze, a Chicago-based security firm that conducted the probe, say claims of a toxic culture were not supported by the investigation.