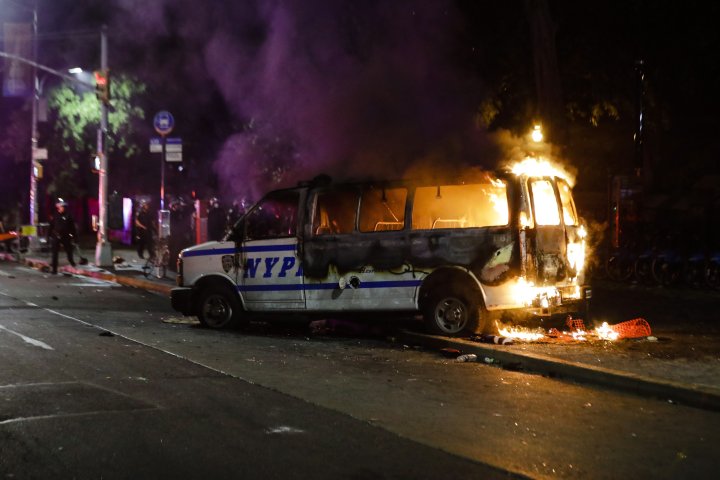 ATLANTA (AP) — Demonstrators marched, stopped traffic and in some cases lashed out violently at police as protests erupted Friday in dozens of U.S. cities following the killing of George Floyd after a white officer pressed a knee into his neck while taking him into custody in Minnesota.

In Phoenix, Denver, Las Vegas, Los Angeles and beyond, thousands of protesters carried signs that said: “He said I can’t breathe. Justice for George.” They chanted ”“No justice, no peace” and “Say his name. George Floyd.”

After hours of peaceful protest in downtown Atlanta, some demonstrators suddenly turned violent, smashing police cars, setting one on fire, spray-painting the iconic logo sign at CNN headquarters, and breaking into a restaurant. The crowd pelted officers with bottles, chanting “Quit your jobs.”