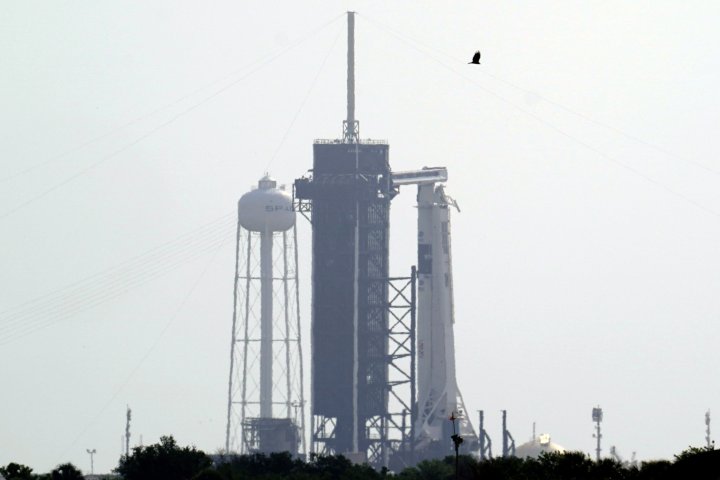 SpaceX is poised to make history on Saturday with the manned flight of its Crew Dragon spacecraft to the International Space Station (ISS).

The launch, a partnership with NASA, was scheduled to take place Wednesday but was delayed due to bad weather.

In a tweet Saturday morning, NASA Administrator Jim Bridenstine, said that the launch would be “moving forward.”

But, Bridenstine said “weather challenges remain” and that there was a 50 per cent chance the launch could be cancelled.

Here’s what you need to know about the Demo-2 test mission and SpaceX:

The launch is taking place at Launch Complex 39A at NASA’s Kennedy Space Center in Cape Canaveral, Fla.

The Crew Dragon spacecraft, which will carry two NASA astronauts, will be launched into orbit by SpaceX’s Falcon 9 rocket.

It will reach speeds of roughly 27,000 kilometres per hour on its way to the ISS, according to NASA.

After about 24 hours, the astronauts are expected to arrive for an “extended stay” at the station — their return date has not yet been determined.