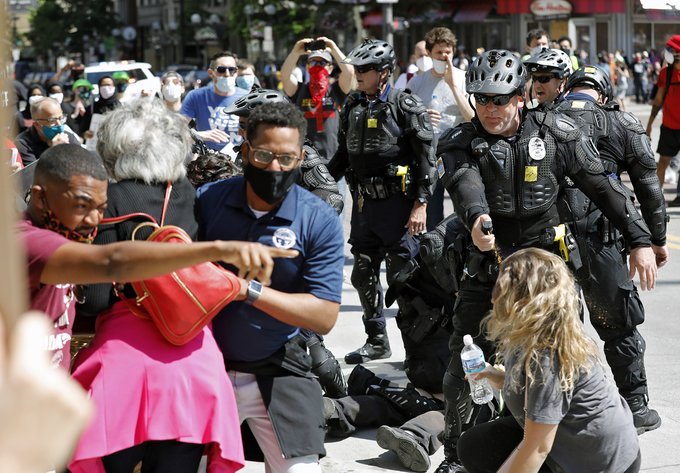 U.S. Democratic Rep. Joyce Beatty, a Black congresswoman from Ohio, was sprayed with what was described as pepper spray or mace during a protest over the death of George Floyd in Columbus on Saturday.

A spokesperson for Beatty told NBC 4 that during the demonstration a protester began scuffling with police.

According to NBC 4, that person was taken down by officers, which upset other protesters.

The Congresswoman attempted to calm the situation by stepping between the protesters and police, when an officer pulled out pepper spray or mace and began spraying.

That’s when Columbus City Council President, Shannon Hardin, and Franklin County Commissioner, Kevin Boyce — who had attended the protest with Beatty — pulled her away.

“I’m ok,” Beatty wrote in a tweet on Saturday. “Was just trying my best to deescalate the situation.”

In a video posted on Twitter shortly after the incident, Hardin said things “got a little out of hand.”

“I did get sprayed, Congresswoman got a little sprayed,” he said, adding all three were doing “OK.”

In the video, Beatty explains she attended the protest to show her support.

“We came out to support them and be with them and it was just something in my heart, thinking about George Floyd, thinking about all of the injustices, that I needed to be out here,” she said.