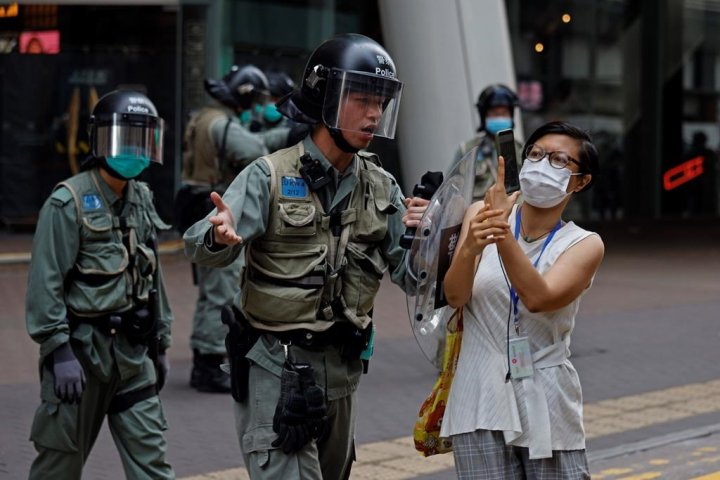 One prominent Hong Kong activist and former lawmaker is urging Canada and the rest of the world to speak out against a Chinese national security law that she warns will be like “driving a truck” through the city’s one country, two systems governance arrangement.

In an interview with The West Block‘s Mercedes Stephenson, Emily Lau called on the Canadian government and others to help Hong Kong as China arranges what many warn will be its final dismantling of the system that ensures democratic rights in the special administrative region.

“I certainly hope the Canadian government, the U.S., the British, the Australians, I hope they will all speak out,” said Lau, who is the former chairperson of the Hong Kong Democratic Party.

“We don’t want to see the Hong Kong people like the Vietnamese boat people in the last century, floating out to sea.”

Under the agreement governing the 1997 transfer of Hong Kong from the British to the Chinese, Beijing agreed to let Hong Kong keep its democratic system and rights for its residents.

That’s known as the one country, two systems principle.

But China has in recent years moved towards dismantling that system through tightening control and influence over affairs in the Hong Kong legislature.

That’s sparked waves of pro-democracy protests against the creeping Chinese influence, and Lau warned those aren’t going away any time soon as the regime works out the definitions for the bill its legislature effectively rubber-stamped last Friday.

You should also READ  New cases of coronavirus in China may be falling: a look at latest outbreak developments

The legislation bans secessionist and subversive activity along with foreign interference and terrorism.

However, the Chinese regime considers virtually any form of dissent or criticism, either at home or abroad, as such.