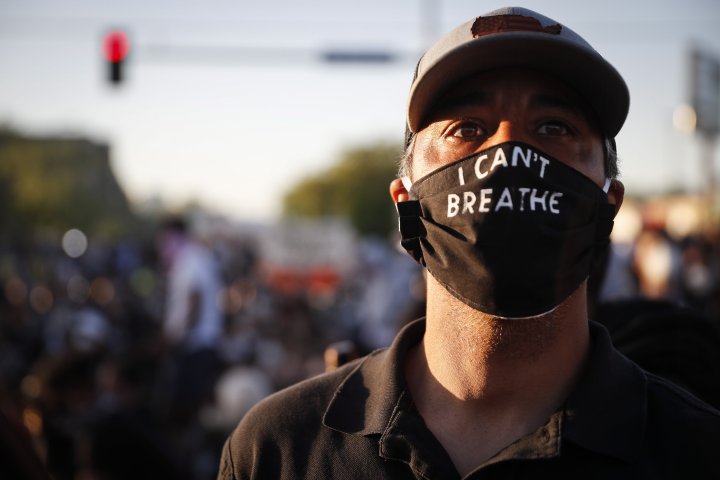 Thousands of people gathered in front of police headquarters in downtown Montreal on Sunday to protest racial violence and police brutality in light of the recent killing of George Floyd in Minneapolis, Minn.

The killing of Floyd on May 25 sparked a series of protests in several cities across the United States since his death.

The Montreal rally organizers said the demonstration is to show solidarity with American anti-racism activists, but added that it is also an opportunity to express anger at the killing of racialized people in Quebec and elsewhere in Canada at the hands of police.

A statement from The Black Coalition of Quebec said the group stands with protestors and that Montreal is not free of racial injustice and violence from the city’s police officers.

The demonstration began at 5 p.m. in Quartier des Spectacles outside the Montreal police headquarters on Saint-Urbain Street.

Montreal police spokesperson Raphael Bergeron told Global News police could not yet comment on whether they would fine protestors who don’t respect physical distancing measures.

Organizers said they will encourage distancing between demonstrators to mitigate the spread of COVID-19.

They also asked that those who attend wear a face covering.