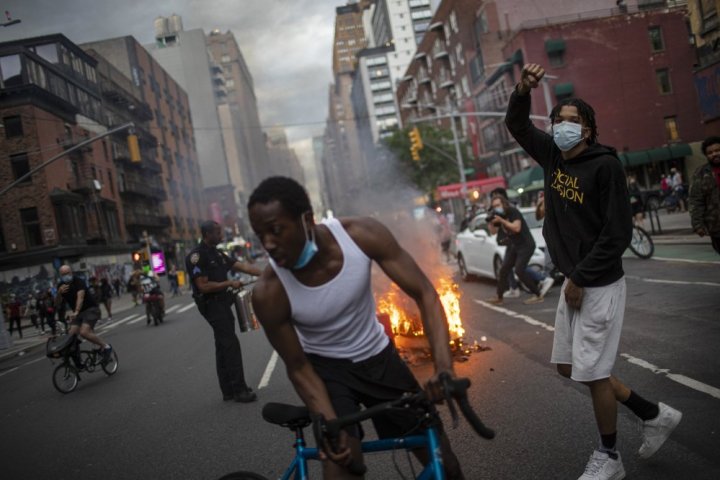 New York City officials braced for the possibility of more violence after three days of protests, which have left police cars burned out and led to the arrest of hundreds of people, against police brutality following George Floyd’s death.

Similar protests flared around the nation in response to Floyd’s death. Floyd, who was Black, died Monday after a white Minneapolis police officer pressed his knee on his neck until he stopped breathing.

In New York, crowds flooded the streets of a city still under a lockdown enacted two months ago when it became the U.S. epicenter of the coronavirus pandemic.

Officers sprayed crowds with chemicals, and video showed two police cruisers lurching into a crowd of demonstrators on a Brooklyn street, knocking several to the ground, after people attacked it with thrown objects, including something on fire.