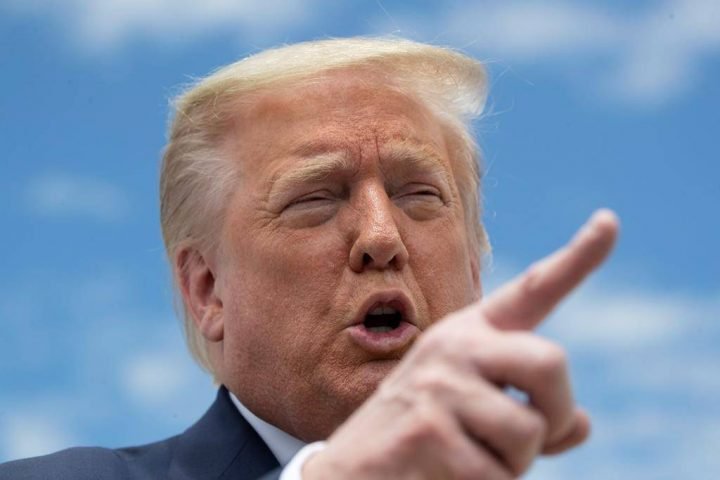 As U.S. cities seethe with racial unrest, U.S. President Donald Trump has abruptly abandoned his plan to invite Prime Minister Justin Trudeau and other world leaders to Washington in June for a meeting of the G7.

Instead, Trump now says he wants to hold the summit this fall — and to bring Russia, India, South Korea and Australia into the fold to broaden what he calls a “very outdated” group of leading world economies.

He’s musing about scheduling the gathering in September, possibly coinciding with the annual United Nations General Counsel meeting in New York, or even after the presidential election in November.

Trudeau did not rule out the possibility of attending a meeting in June, but German Chancellor Angela Merkel’s office made it clear Saturday she would not attend unless the course of the ongoing COVID-19 outbreak changed dramatically.

The about-face comes at a moment of deep division in the U.S. as protesters across the country smash storefront windows, set patrol cars ablaze and clash with riot squads in the aftermath of the death of George Floyd in police custody.

Floyd, a black man, died Monday while being detained by officers in Minneapolis after allegedly trying to use a counterfeit US$20 bill.

Derek Chauvin, the ex-officer seen on cellphone video kneeling on Floyd’s neck for more than eight minutes while Floyd pleaded for his life, has been charged with manslaughter and third-degree murder.