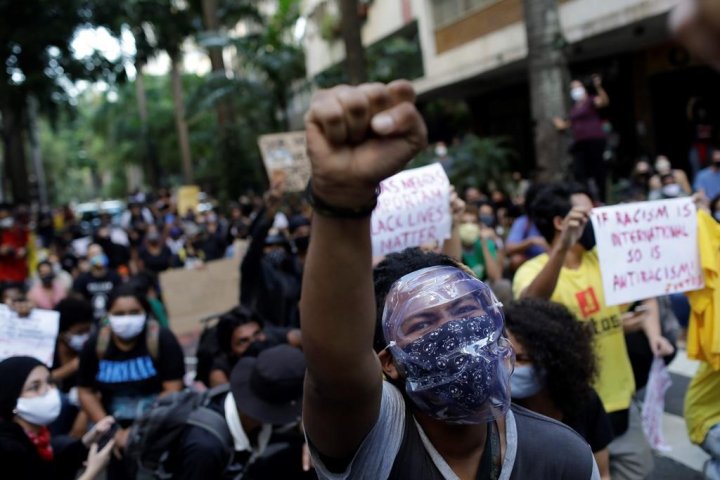 U.S. officials sought to determine Sunday whether extremist groups had infiltrated police brutality protests across the country and deliberately tipped largely peaceful demonstrations toward violence — and if foreign adversaries were behind a burgeoning disinformation campaign on social media.

Investigators were also tracking online interference and looking into whether foreign agents were behind the effort. Officials have seen a surge of social media accounts with fewer than 200 followers created in the last month, a textbook sign of a disinformation effort.

The accounts have posted graphic images of the protests, material on police brutality and material on the coronavirus pandemic that appeared designed to inflame tensions across the political divide, according to three administration officials. The officials spoke on condition of anonymity to discuss investigations.

The investigations are an attempt to identify the network of forces behind some of the most widespread outbreak of civil unrest in the U.S. in decades. Protests erupted in dozens of cities in recent days, triggered by the death of George Floyd, who died after he was pinned at the neck by a white Minneapolis police officer.

Pandemic-weary Americans were already angry — about COVID-19 deaths, lockdown orders and tens of millions of people out of work. The pandemic has hit African Americans harder than whites in the U.S., and the killings of black people by police have continued over the years even as the topic faded from the national stage.

But there are signs of people with other disparate motives, including anarchist graffiti, arrests of some out-of-state protesters, and images circulating in extremist groups that suggest the involvement of outside groups.

Minnesota Gov. Tim Walz said Sunday that state authorities were hit with a cyber attack as law enforcement prepared to diffuse protests in Minneapolis and St. Paul, the epicentre of the unrest.

“Before our operation kicked off last night, a very sophisticated denial of service attack on all computers was executed,” Walz said. “That’s not somebody sitting in their basement. That’s pretty sophisticated.”

Walz did not offer details.

President Donald Trump, Attorney General William Bar and others have said the left-wing extremist group antifa is to blame. Short for anti-fascists, antifa is an umbrella term for far-left-leaning militant groups that resist neo-Nazis and white supremacists at demonstrations.

Barr on Sunday said the FBI would use its regional joint terrorism task forces to “identify criminal organizers,” and Trump threatened again to name antifa a terrorist group.