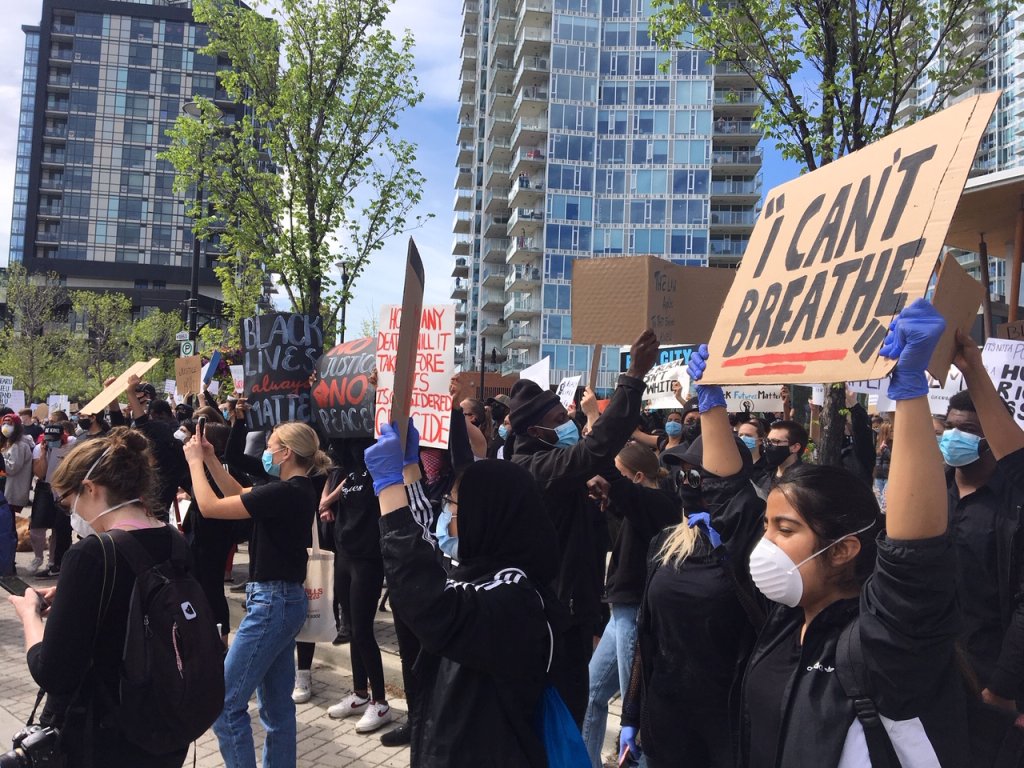 The City of Calgary has seen its second demonstration in two days, as thousands of residents took to the streets of the city’s downtown, making their voices heard in the fight against racism and police brutality.

The protest comes after George Floyd, a Black man, was killed by a white police officer, who knelt on his neck for nearly nine minutes during his arrest, in Minneapolis, Minn., on May 25.

Monday’s protest comes one day after the city’s first call-to-action following Floyd’s death. The main consensus of both rallies in Calgary: racism will not be tolerated.

“We need change, it has to happen, it’s been long enough.”

Willis, along with more than 1,500 other protesters, could be heard asking for change on Monday, chanting the words, “say his name” and “Black lives matter.”

“I’m hoping this is a pivotal moment that takes us down a different path,” Willis said.

“It’s going to take generations before this is phased out, so we have to start now.”

The protestors walked the streets of downtown Calgary to city hall with posters in their hands, demonstrating a peaceful reminder of what it is they’re fighting for.

“The more people that we can get out to these things, the bigger impact that it makes. We need to get that message out there that every person deserves respect.”

An Antifa flag was also spotted at Calgary’s protest, a group that U.S., President Donald Trump said will be designated as a terrorist organization on Sunday.

The left-wing militant movement was present at several protests in the U.S. that quickly turned violent following Floyd’s death.