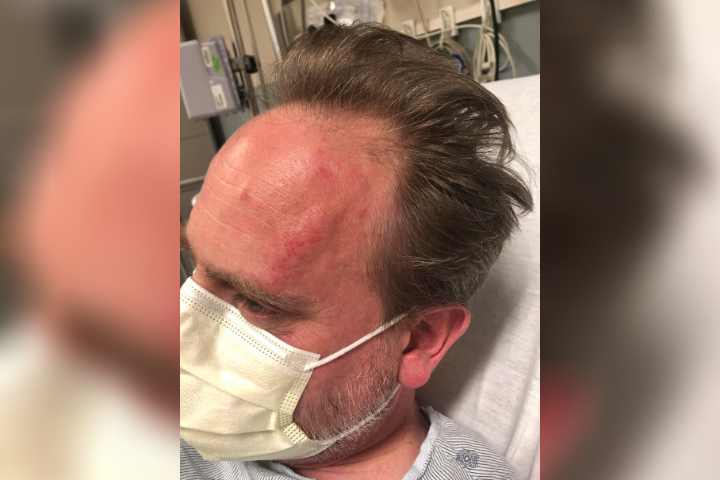 As anger grips the United States over the killing of George Floyd, several journalists have become the target of violence and arrests while covering the protests in the last several days.

Images posted to social media show reporters being detained by police or targeted by non-lethal weapons. News crews have reported attacks from protesters themselves as well.

“Targeted attacks on journalists, media crews, and news organizations covering the demonstrations show a complete disregard for their critical role in documenting issues of public interest and are an unacceptable attempt to intimidate them,” Committee to Protect Journalists program director Carlos Martínez de la Serna said in a statement Saturday.

“Authorities in cities across the U.S. need to instruct police not to target journalists and ensure they can report safely on the protests without fear of injury or retaliation.”

A flurry of protests have occurred across the U.S. since Floyd’s killing at the hands of a white police officer in Minneapolis, Minn., on Monday.

The protests seeking an end to structural racism and police brutality in the U.S. have largely been peaceful though there has been violence, property damage, looting and fires set in many areas.

Curfews were imposed in cities including Atlanta, Chicago, Denver, Los Angeles, San Francisco and Seattle. About 5,000 National Guard soldiers and airmen were activated in 15 states and Washington, D.C.

Police have come under fire for use of force in several instances captured on video, and two police officers in Atlanta were fired on Sunday.

Here’s a look at what U.S. reporters covering the protests have faced on the ground.

A crowd of protesters attacked a photographer for WLKY, a local news station in Louisville, Kenn., on Saturday night.

WLKY chief photographer Paul Ahmann was knocked to the ground and images of him were taken as he laid on the ground, according to Poynter.