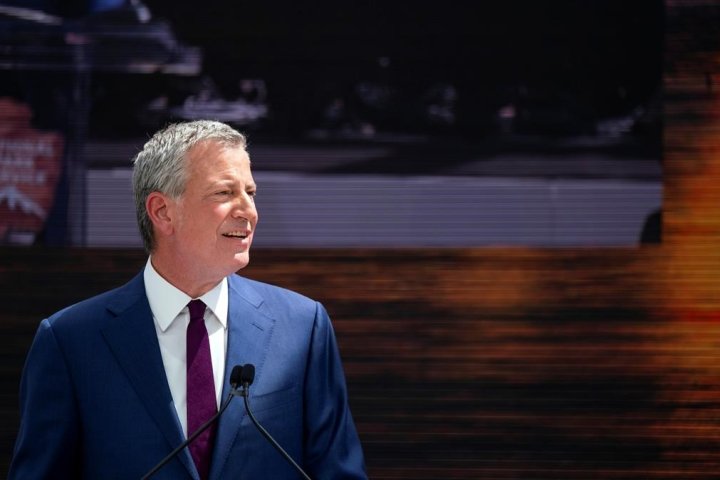 Mayor Bill de Blasio, a Democrat, had previously rejected imposing a curfew, as many other cities across the U.S. have done to try to curb violence that erupted amid demonstrations over Floyd’s May 25 death, police brutality and racial injustice.

But de Blasio said Monday he was talking with Police Commissioner Dermot Shea and Gov. Andrew Cuomo about the idea. The mayor emphasized that no decision had been made on a curfew, and “there are advantages and disadvantages.”

“The problem is: People need to listen to a curfew, and that’s not going to happen. If people think it will, they don’t understand what’s going on,” She said on NBC’s “Today.”

A 21-year-old man was shot in the neighbourhood around 12:30 a.m. and was taken to a hospital, police said. They said his injuries were not life-threatening.

Groups of people rampaged down the sidewalks in Soho and other neighbourhoods including Union Square, breaking into Rolex, Kate Spade and Prada boutiques and electronics stores that have been shuttered for over two months because of the coronavirus.

“This is like a dream. Like a movie,” said New York City resident Sean Jones as he watched the destruction. “People are doing this so next time, before they think about trying to kill another black person, they’re going to be like, ‘Damn, we don’t want them out here doing this … again.”’

For the third day in a row, protests across New York City were largely peaceful during the daylight hours Sunday but turned violent at night.

Earlier Sunday, officers had made some gestures of solidarity with marchers. Some officers knelt with protesters in an intersection as an organizer called out the names of people killed by police.