How court released Kalu for retrial 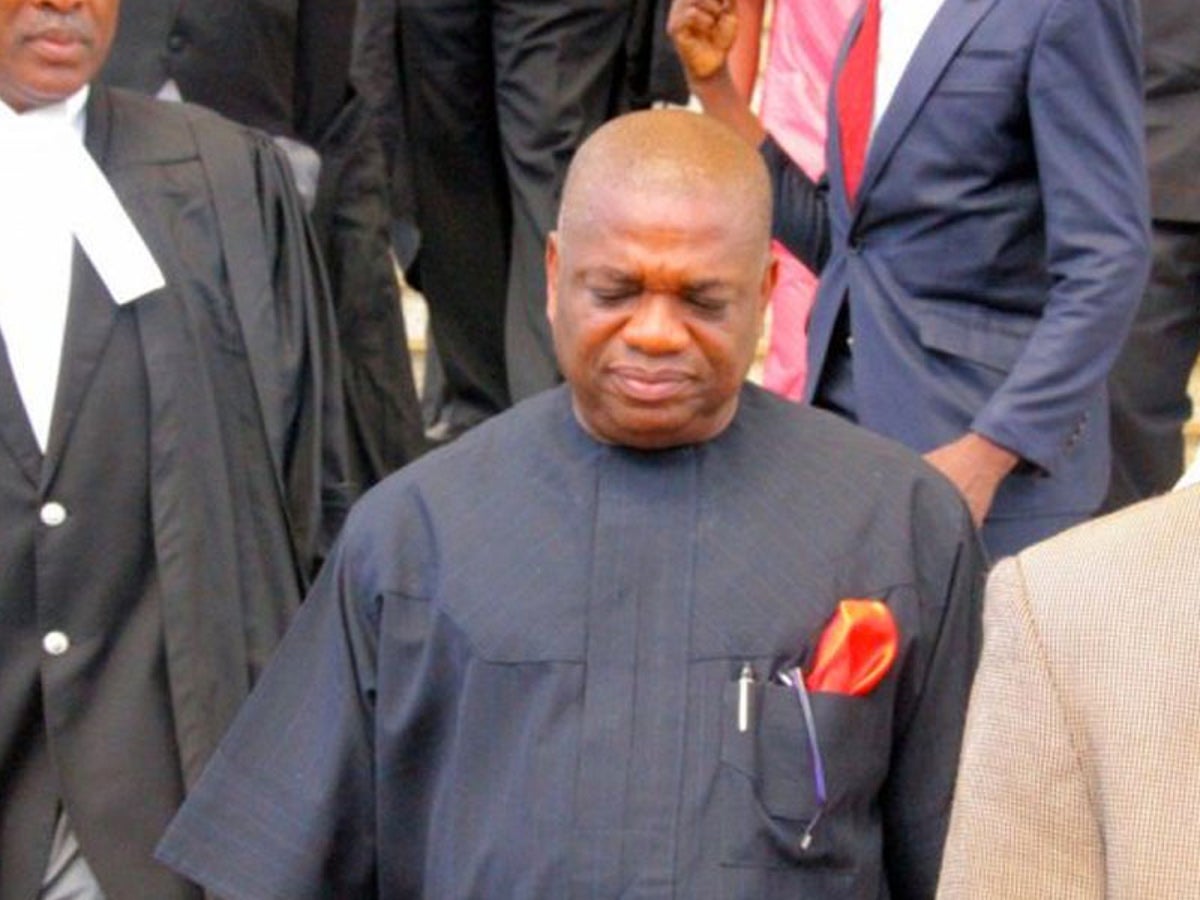 It was only a matter of time for Dr Orji Uzor Kalu to regain his freedom. Since Supreme Court pronounced the freedom and trial de novo of his co accomplice, Jones Udeogu on May 8, 2020, the former governor’s release from conviction became inevitable.

However, with the order of his release on Tuesday by  Federal High Court in Lagos, the toil of lawyers on both sides, the tax payers monies expended on the trial for 12 years has gone to waste.

Kalu was jailed for 12 years on December 5, 2019, after he was convicted of N7.1bn fraud alongside his firm, Slok Nigeria Limited, and a former Director of Finace and Accounts at the Abia State Government House, Jones Udeogu.

However, the Supreme Court, in a May 8, 2020 judgment, nullified the trial and conviction of Kalu and others on the grounds that the judge who handled the case lacked jurisdiction.

The Supreme Court’s judgment followed an appeal by Udeogu, contending that the trial judge, Justice Mohammed Idris, concluded the 12-year-old trial and gave judgment after he had been elevated to the Court of Appeal and ceased to be a judge of the Federal High Court.

On Tuesday, Kalu’s counsel, Prince Lateef Fagbemi (SAN), urged Justice Mohammed Liman to order the release of the ex-governor from prison custody, based on the pronouncement of the Supreme Court in Udeogu’s appeal.

“Our application is brought pursuant to Section 159 of the Administration of Criminal Justice Act. This is a fallout of the Supreme Court decision delivered on the 8th of May,” Fagbemi said.

In response, the prosecuting counsel for the Economic and Financial Crimes Commission, Mr Rotimi Jacobs (SAN), said the anti-graft agency would not, in principle, oppose Fagbemi’s application for Kalu’s release from prison.

“But we are also urging the court that the order made by the Supreme Court for trial de novo should be complied with by all parties; so that Your Lordship will give us a date when arraignment will be done;

“We want the trial to go on; losing more time will be dangerous for us,” Jacobs added.

After listening to the lawyers, Justice Liman granted Kalu’s application as prayed, saying it had merit.

He set aside the trial, conviction and prison sentence imposed on Kalu, while he also squashed Justice Idris’ verdict on Slok Nigeria Limited.

Justice Idris had ordered the winding up of Slok Nigeria Limited and ordered that its assets be forfeited to the Federal Government.

Justice Liman commended the EFCC prosecutor, Jacobs, for his “practical approach” to the case by choosing not to oppose the application, thereby saving the court time and the rigour of listening to long argument.
He directed that steps should be taken for the commencement of trial afresh.