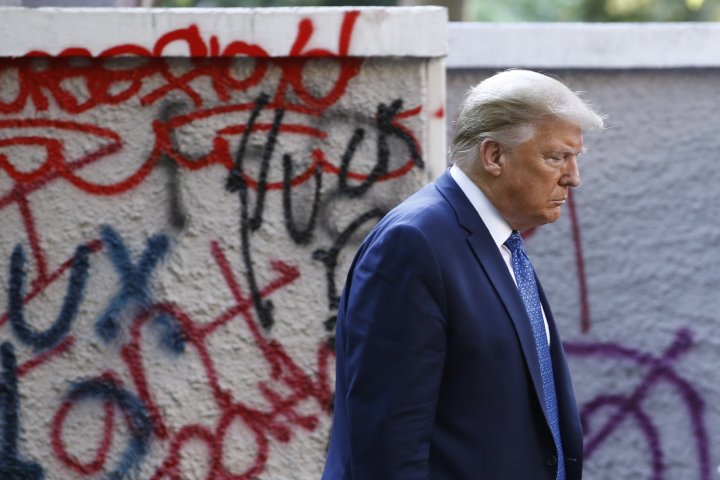 U.S. President Donald Trump has threatened to invoke a centuries-old law that would allow the deployment of active-duty soldiers to quell widespread protests stemming from the death of George Floyd.

Floyd, a 46-year-old Black man, died on May 25 in Minneapolis after pleading for air while a white police officer pressed a knee into his neck during an arrest near a grocery store. The incident has become a turning point in the fight against racial injustice in the U.S., with massive protests streaming through American streets for nearly a week.

Trump has urged the governors of states that are seeing particularly tense protests to be more aggressive against demonstrators.

On Monday, he suggested he would call in the troops if governors refuse to make use of the National Guard.

“If the city or state refuses to take actions that are necessary to defend the life and property of their residence, then I will deploy the United States military and quickly solve the problem for them,” he said, during a brief press conference outside the White House.

To do that, Trump would lean on the Insurrection Act.

The Insurrection Act of 1807 is a group of statues that essentially permits the president to send in U.S. forces to suppress a domestic insurrection — a violent uprising against an authority or government — that has impeded the normal enforcement of the law.

“Ordinally, we do not use the military for basic law enforcement. That authority is reserved to the state and our federal system,” said William Dunlap, a professor of constitutional and national security law at Quinnipiac University in Connecticut.

Governors generally have the authority to maintain order within their respective states under the U.S. Constitution. That concept is reflected in the Posse Comitatus Act, which prohibits the use of the military for law enforcement purposes except where Congress has authorized it.

“The Insurrection Act is one of the exceptions for the Posse Comitatus Act. In this situation, Congress has already given its approval,” Dunlap said.

“It leaves an enormous amount of discretion to the president as to what constitutes an insurrection and as to when it’s necessary, but that power has been granted to the president.”

Depending on the scenario, part of the law suggests that states must first request help, but other parts do not require approval from a governor or state. Either way, the ball is “absolutely” in the president’s court in the end, Dunlap said.