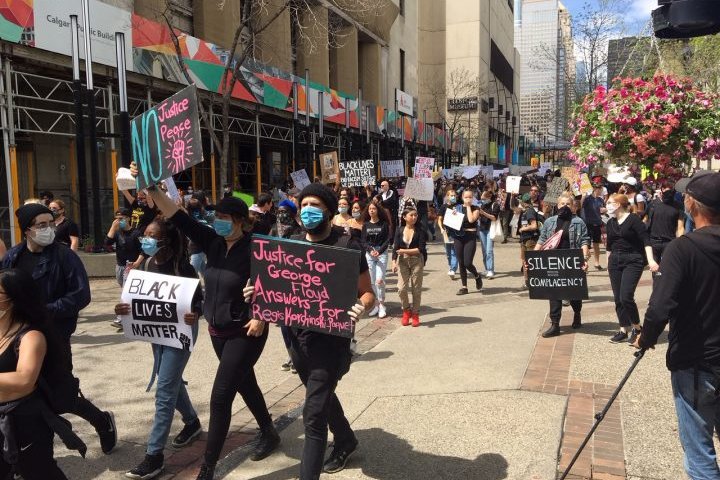 Police chief Mark Neufeld made the remarks while speaking on Calgary Today with Joe McFarland on 770 CHQR.

“As we watched in Calgary, the footage of the officer on George Floyd — there’s no question that was something that was preventable, it was avoidable, and I’m not surprised he was charged,” he said.

Neufeld said when he watched the video, he asked himself what lessons he could take from it but noted he doesn’t think something like this would happen here.

“I see tactics there that we wouldn’t use. You have people on the street too and the gentleman himself saying that he can’t breathe and people pointing that out,” he said.

“Our folks here would be switching to life-saving measures and that sort of thing, and I didn’t see that there either.”

Neufeld admitted that the Calgary Police Service is not perfect but said officers work on maintaining relationships with the community.

“We have the relationships with our communities and we learn from them and we stay engaged ahead of time so when bad things happen — and they do happen here as well — but we’re actually not introducing ourselves at that point,” he said.

“We have relationships that we can rely on and we can work through those things together.”

You should also READ  Potential coronavirus vaccine has ‘right sort of immune response’ in trial: scientist

He said no matter where events like this happen in the world, CPS tries to see what lessons it can take from it.

“This is a reminder that you’re sort of one bad incident away from having a big negative impact on the amount of trust and confidence that the public affords you,” he said.

During the interview, Neufeld was asked specifically about the officers who were seen at Monday’s protest in Calgary taking a knee alongside protesters.