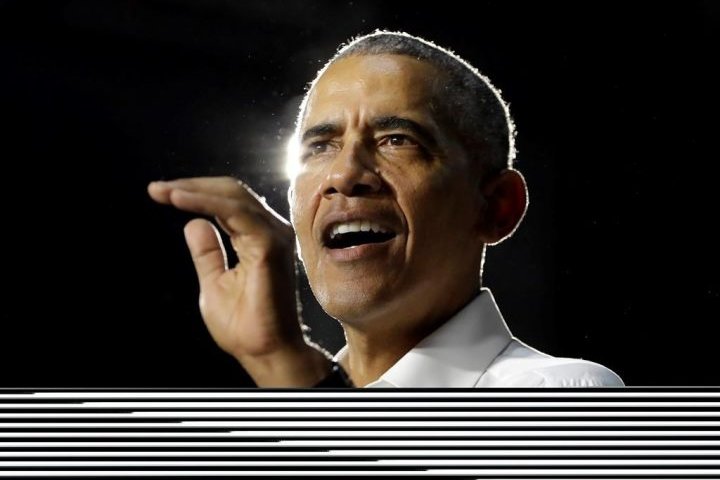 Former U.S. President Barack Obama is taking on an increasingly public role as the nation confronts a confluence of historic crises that has exposed deep racial and socioeconomic inequalities in America and reshaped the November election.

In doing so, Obama is signalling a willingness to sharply critique his successor, U.S. President Donald Trump, and fill what many Democrats see as a national leadership void. On Wednesday, he’ll hold a virtual town hall event with young people to discuss policing and the civil unrest that has followed the death of George Floyd in Minneapolis.

Aides said Obama will call for turning the protests over Floyd’s death into policy change and will urge specific reforms to ensure safer policing and increased trust between communities and law enforcement.

“We’re in a political season, but our country is also at an inflection point,” said Valerie Jarrett, a longtime friend and adviser to Obama. “President Obama is not going to shy away from that dialogue simply because he’s not in office anymore.”

Obama was already beginning to emerge from political hibernation to endorse Joe Biden’s Democratic presidential bid when the coronavirus pandemic swept across the U.S., killing more than 100,000 people, and the economy began to crater.

The crises scrambled the Biden campaign’s plans for how to begin deploying Obama as their chief surrogate ahead of the November election, but also gave the former president a clear opening to start publicly arguing what he has signalled to friends and associates privately for the past three years: that he does not believe Trump is up for the job.

Addressing graduates of historically Black colleges and universities last month, Obama said the pandemic had “fully, finally torn back the curtain on the idea that so many of the folks in charge know what they’re doing.” And in a nationally televised broadcast celebrating graduating high school seniors, Obama said many “so-called grown-ups, including some with fancy titles and important jobs,” do only what’s convenient and feels good.

Floyd’s death, however, has drawn a more visceral and personal reaction from the nation’s first Black president. Floyd, a Black man, died after a white police officer pressed his knee into Floyd’s neck for several minutes even after he stopped moving and pleading for air.

In a lengthy written statement last week, Obama said that while he understood that millions of Americans were eager to “just get back to normal” when the pandemic abates, it shouldn’t be forgotten that normal life for people of colour in the U.S. involves being treated differently on account of their race.

Tensions across the country have escalated further in the days since the former president’s statement. His town hall on Wednesday will mark his first in-person comments since law enforcement officers aggressively cleared peaceful protesters from a park outside the White House so Trump could walk across for a photo opportunity at a nearby church.