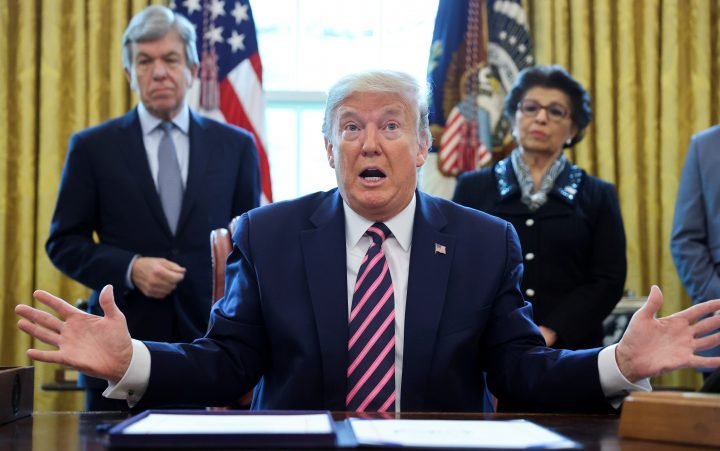 WASHINGTON — U.S. President Donald Trump on Wednesday said it was “common sense” to invite Russian President Vladimir Putin to rejoin the Group of Seven, saying it would be much easier to solve various issues if Moscow was represented at the gathering.

“Many of the things that we talk about are about Putin,” Trump told Fox News Radio in an interview, adding: “Have him in the room … get things done.”

Trump over the weekend had raised the prospect of expanding the G7, whose members are the world’s most advanced economies, to once again include Russia, which had been expelled in 2014 following Moscow’s annexation of Ukraine’s Crimea region.

The two leaders also spoke by phone on Monday, and discussed the possibility of holding an expanded G7 summit later this year. The Kremlin has said that it would seek more information about Trump’s invitation.

Other G7 nations, including Canada, have objected to Russia’s return while some, such as Japan, have not yet weighed in. Germany on Wednesday said now was not the time to change the meeting’s format.

Trump has postponed the gathering of the G7, which also includes Britain, France, Germany, Italy and the European Union, until September or later amid the coronavirus pandemic.