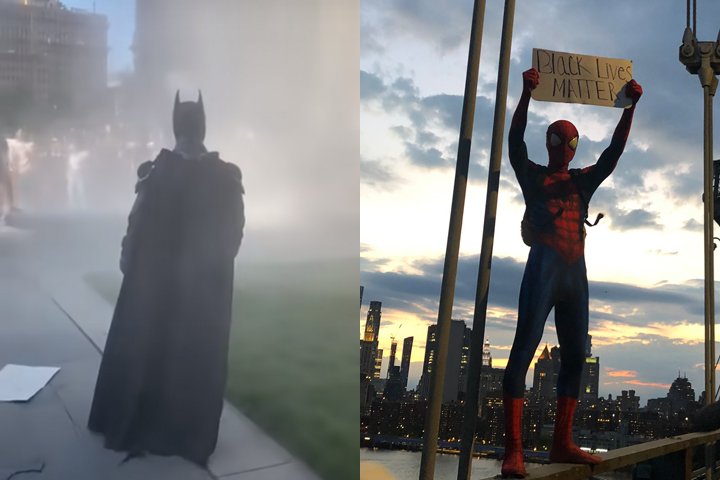 A handful of superheroes appears to have joined the protests against racism and the death of George Floyd in the United States, after individuals dressed as Batman and Spider-Man were spotted among demonstrators over the last week.

The costumed individual climbed up on an arch around the bridge and quoted a line from Spider-Man 2.

“You mess with one of us, you mess with all of us!” he said, quoting a moment from the film in which several New Yorkers stepped in to defend Spider-Man from Doctor Octopus.

The costumed protester also held up a “Black Lives Matter” sign at the demonstration.

A man dressed as Batman could be seen speaking through a megaphone outside the security fencing surrounding the White House.

“Everything will be all right. You can go home now,” he told the security forces on the other side of the fence.

It was the second sighting of Batman in less than a week, after another person donned a more intense-looking costume for protests outside Philadelphia University on Saturday.