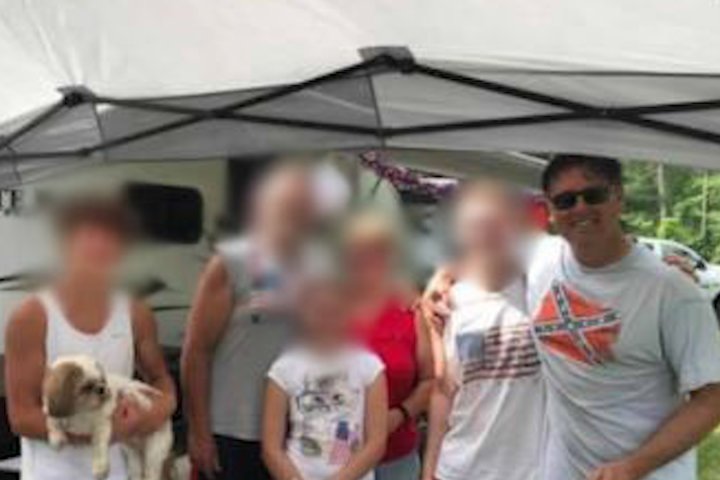 Pictures surfacing this week that show a Belleville police officer wearing a Confederate flag shirt and commenting, “The South will rise again! Trump, 2020.”

A woman identifying herself as Bennett’s assistant told Global News last Wednesday night that he would not be commenting on the photos at this time.

The assistant then forwarded the following statement from the Belleville police chief via email.

“I can not add anything else about the issues except that the 47-week old post was immediately taken down by Constable Todd Bennett, and he has apologized,” wrote Rob Gignac.

The symbol of the Confederate flag is something that anti-Black racism expert Carl James says is a constant reminder to Black Americans and Canadians of slavery.

“It symbolizes the lynching, which is one of the big things and how it comes to represent white supremacy and how it’s used and when to indicate particular kinds of power relations,” said James, a professor at York University.

The outrage from the photos was seen across social media, many people saying an apology is not enough, calling for his firing. Others said trust in the Belleville police has diminished.

“I hope that the media will focus upon the exceptional work and selfless volunteerism that my officers and staff do around the clock in the name of making our world a safer and better place to be for all people,” Gignac wrote.

You should also READ  E. Jean Carroll, woman who accused Trump of rape, seeks his DNA for investigation

The chief did not respond to any other questions about possible discipline against Bennett.

Bennett has been in the news before but for quite different reasons. He has received awards for heroism and has been interviewed several times over the years in his role as a police officer, including the discovery of a missing boy lost in a cornfield in 2007.