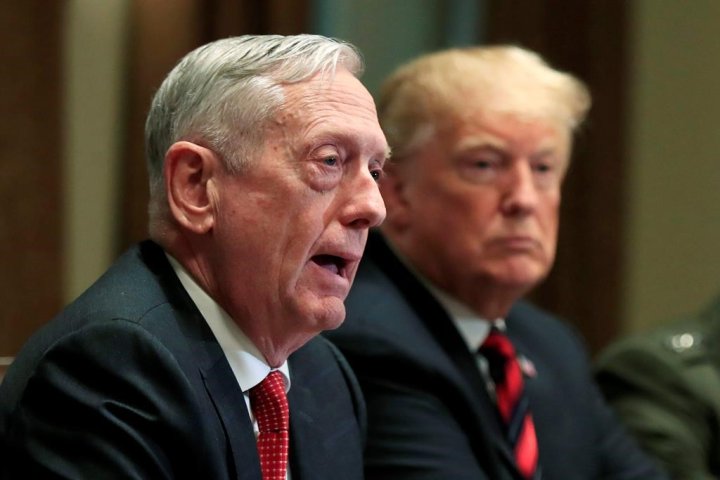 In an extraordinary rebuke, former defense secretary Jim Mattis on Wednesday denounced President Donald Trump’s heavy-handed use of military force to quell protests and said his former boss was setting up a “false conflict” between the military and civilian society.

“I have watched this week’s unfolding events, angry and appalled,” Mattis wrote.

The criticism was all the more remarkable because Mattis has generally kept a low profile since retiring as defense secretary in December 2018 to protest Trump’s Syria policy. He had declined to speak out against Trump, saying he owed the nation public silence while his former boss remained in office.

But he’s speaking out after this past week’s protests in response to the death of George Floyd in police custody.

Mattis had a scathing description of Trump’s walk to a historic nearby church Monday to pose with a Bible after law enforcement forcibly cleared Lafayette Park of mostly peaceful protesters.

He said he never dreamed troops “would be ordered under any circumstance to violate the Constitutional rights of their fellow citizens — much less to provide a bizarre photo op for the elected commander-in-chief, with military leadership standing alongside.”

Mattis called on Americans to unite without Trump. “This will not be easy, as the past few days have shown, but we owe it to our fellow citizens; to past generations that bled to defend our promise; and to our children,” he wrote.

Mattis said of the protesters that Americans should not be distracted by a small number of lawbreakers. He said they are rightly demanding that the country follow the words of “Equal Justice Under Law” that are on display at the U.S. Supreme Court.

“The protests are defined by tens of thousands of people of conscience who are insisting that we live up to our values — our values as people and our values as a nation,” Mattis said.

Mattis took particular issue with the use of force to move back protesters so Trump could visit St. John’s Church the day after it was damaged by fire during protests.

Brazil seeks to reopen despite reporting over 1,000 coronavirus deaths daily