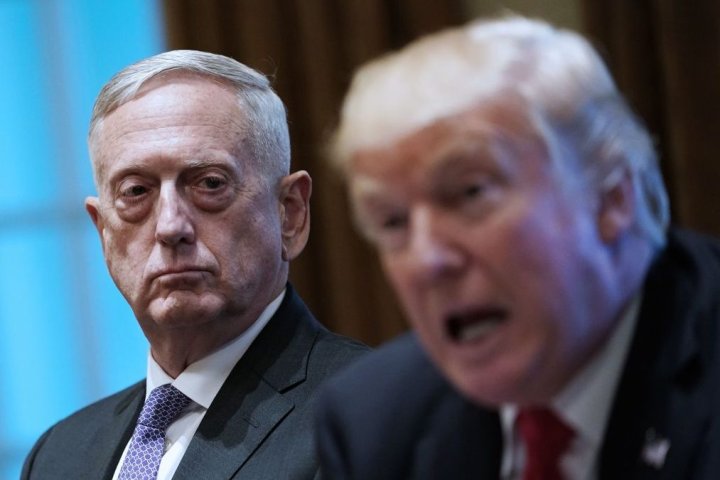 Mattis and former presidents George W. Bush, Jimmy Carter and Barack Obama have all spoken out since security forces cracked down on the peaceful protesters with tear gas and rubber bullets in Washington D.C., in order to clear a path through Lafayette Square for a Trump photo op outside a nearby church.

Mattis has remained largely silent since leaving the Trump administration in 2018, and the three former presidents have typically refrained from publicly criticizing the sitting POTUS, with a few exceptions in Obama’s case. Each of them captured widespread attention with their calls for unity and a more peaceful government response after Monday’s incident, although Mattis was the only one to mention Trump by name.

Mattis broke his silence with a harsh rebuke in The Atlantic on Wednesday, suggesting that Trump had made a “mockery of our Constitution” by using military force to break up a peaceful protest so he could stage a photo op. He also referred to the move as an “abuse of executive authority” against a movement that is “defined by tens of thousands of people of conscience.”

“Never did I dream that troops … would be ordered under any circumstance to violate the Constitutional rights of their fellow citizens — much less to provide a bizarre photo op for the elected commander-in-chief, with military leadership standing alongside,” he wrote in the statement.

You should also READ  Paul Manafort released from jail due to coronavirus concerns, lawyer says

Mattis added that Americans must unite without Trump’s leadership because the president has no interest in being a unifying leader.

“Donald Trump is the first president in my lifetime who does not try to unite the American people — does not even pretend to try. Instead he tries to divide us,” Mattis said. “We are witnessing the consequences of three years of this deliberate effort.”

Trump declared himself a “president of law and order” during a speech on Monday evening, after urging state governors to “dominate” the protests earlier in the day. He also said he was an “ally of all peaceful protesters,” even as security forces broke up the peaceful protest outside the White House gates.

The president also tried to draw a distinction between “peaceful protesters” and members of “an angry mob,” whom he described in Monday’s speech as “professional anarchists … arsonists, looters, criminals, rioters, Antifa and others.”

He immediately left the White House after the speech to pose with a Bible outside St. John’s Episcopal Church, the so-called “church of presidents.” Many of his current cabinet ministers joined him for the photo op.

Mattis resigned from his post in the Trump administration in late 2018 after the president went against his advice and pulled U.S. support from longtime allies, the Kurds, in Syria.

The president responded to Mattis’ statement by falsely claiming that he gave Mattis the nickname “Mad Dog,” and that Mattis had been fired. (News reports show Mattis was being called “Mad Dog” long before he entered Trump’s orbit.)

George Floyd: A big stain on human rights and democracy