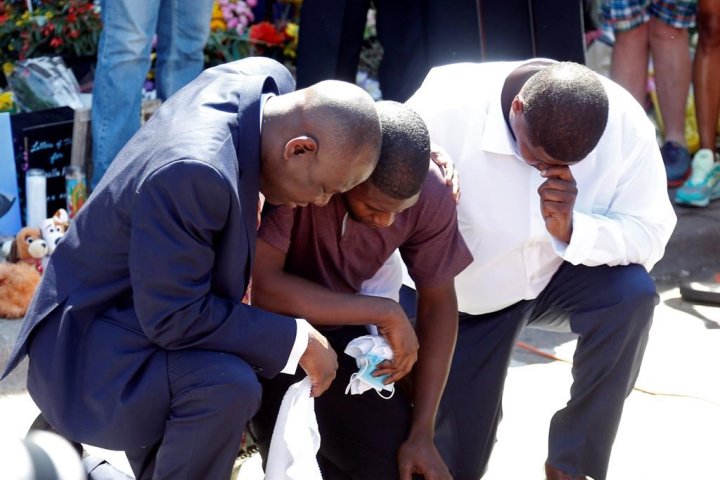 Prosecutors seeking to put a former Minneapolis police officer in prison for the death of George Floyd bolstered allegations on the use of force but stopped short of calling the killing intentional, in a move legal experts said could ease the path to a conviction.

Christa Groshek, a defense attorney in Minneapolis, said that the second-degree murder charge for Chauvin made more sense than third-degree murder, which she said was a murky statute and requires showing that a defendant evinced “a depraved mind.”

Under Minnesota law, second-degree murder can be charged as an intentional or unintentional act.

Groshek said she believed there was enough evidence to charge Chauvin with intentional murder, but deeming it “unintentional” means prosecutors need only show Chauvin meant to inflict the harm that led to Floyd’s death.

“It makes their job a lot easier. They don’t have to prove intent to kill,” Groshek said. “This allows for a jury to return a conviction without having to believe the cop was bad. Juries don’t like to convict cops.”

Eric Nelson, the lawyer representing Chauvin, did not immediately respond to a request for comment.

Floyd, 46, died on May 25 after Chauvin used a knee to pin his neck for nearly nine minutes. A video of the incident led to a week of sometimes violent protests and civil unrest in dozens of U.S. cities.

The new charges also modify the probable cause statement that was included with Chauvin’s original charging document.

Prosecutors added that force was clearly not needed to control the handcuffed Floyd. They also removed language that said Floyd at one point resisted arrest, and included that he told officers who were attempting to put him in a squad car that he was not trying to resist arrest, but was claustrophobic.

Both versions of Chauvin’s charging document said that police officers receive training that the restraint techniques the defendants used with Floyd are “inherently dangerous” and asserts they caused substantial bodily harm and his death.