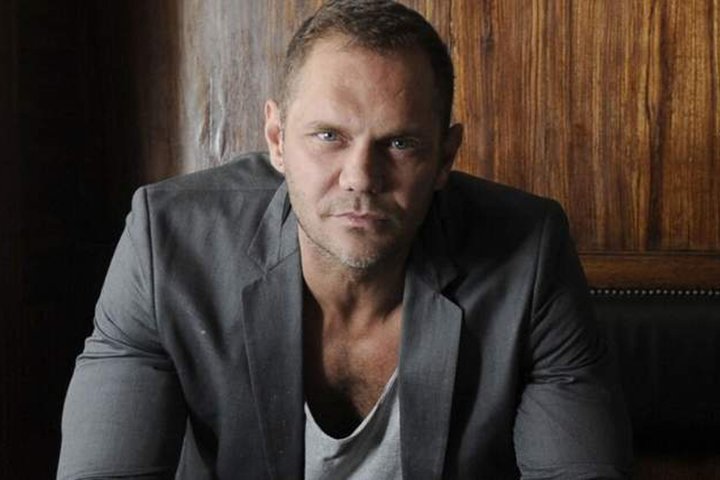 “Smoking toad” with Nacho Vidal can have deadly consequences, according to police in Spain.

The victim, a fashion photographer named Jose Luis Abad, died of a heart attack after inhaling a pipe filled with the dried venom of the Bufo alvarius toad, according to police. They say the seemingly “harmless ancestral ritual” posed a “serious health risk” for those who are easily influenced by alternative medicine, according to a statement obtained by La Vanguardia newspaper.

Officials arrested Vidal, one of his relatives and an employee on Friday following an 11-month inquiry. His lawyer says he “considers himself to be innocent” and that the victim’s death was an unfortunate accident, BBC reports.

The lawyer also denied that Vidal acted as a “shaman” during the ritual, Spain’s El Pais newspaper reports.

All three suspects were released provisionally.

Vidal has appeared in hundreds of adult films over the years, and he has used that career to launch a line of sex-related products. He seems to be particularly fond of pushing his penis-shaped candle products on Twitter.

Vidal has also reportedly championed the effects of “smoking toad,” a slang term for inhaling the dried venom of the Bufo alvarius, or Colorado River toad. The animal is native to the Sonoran Desert in Mexico and the southwestern United States, and it secretes a toxic vapour through its skin that can cause psychedelic hallucinations among humans.

You should also READ  1 killed, 11 wounded in shooting in Minneapolis: police

The toad’s venom is known as 5-MeO-DMT, and a recent study has suggested that it might have some therapeutic properties, although scientists say more research is needed.

The Bufo alvarius toad venom has largely been used as an intense hallucinatory drug, similar to ayahuasca. Some have described it as a “God molecule,” while others have compared it to a “near-death experience.”

Boxer Mike Tyson has said he tried the drug after hearing about it on his podcast and that he thought it was going to “kill” him.

In addition to his penis candle business, Vidal also offered “coaching” through a separate website, although he has since halted those services.