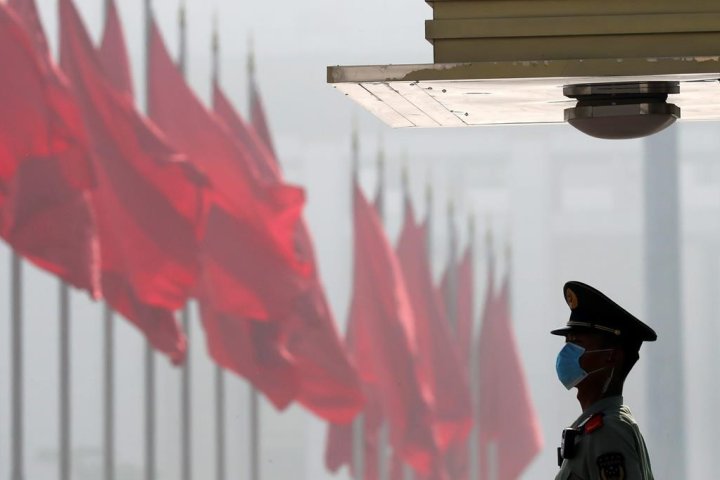 China tightened controls over dissidents while pro-democracy activists in Hong Kong and elsewhere sought ways to mark the 31st anniversary Thursday of the crushing of the pro-democracy movement centred on Beijing’s Tiananmen Square.

That came after authorities in Hong Kong took the extraordinary move of cancelling an annual candlelight vigil in the semi-autonomous Chinese territory for the first time in 30 years.

Authorities cited the need for social distancing amid the coronavirus outbreak, despite the recent reopening of schools, beaches, bars and beauty parlours. Hong Kong has had relatively few cases of the virus and life has largely returned to normal in the city of 7.4 million.

However, China has long detested the vigil, the only such activity allowed on Chinese territory to commemorate victims of the crackdown, which remains a taboo subject on the mainland. Hundreds, possibly thousands of people were killed when tanks and troops assaulted the centre of Beijing to break up weeks of student-led protests seen as posing a threat to authoritarian Communist Party rule.

In Hong Kong, a law is being passed to make it a crime to disrespect China’s national anthem and 15 well-known veteran activists were arrested and charged with organizing and taking part in illegal demonstrations. Those actions are seen as part of a steady erosion of civil rights Hong Kong was guaranteed when it was handed over from British to Chinese rule in 1997.

“The ban comes amid an alarming acceleration of attacks on the autonomy of Hong Kong and the undermining of the rights and freedoms of the Hong Kong people guaranteed under Hong Kong and international law” Sharon Hom, executive director of Human Rights in China, said in a statement.

Despite the ban on the vigil, the Asian financial hub was bracing for “pop-up” protests of the type that raged around the city during months of anti-government protests last year that often led to violent confrontations between police and demonstrators.

Thousands have been arrested over the demonstrations, which were sparked by proposed legislation that could have seen suspects extradited to mainland China where they could face torture and unfair, politically biased trials.

The Hong Kong Alliance in Support of Patriotic and Democratic Movements of China that organizes the annual vigil has called on people around the city to light candles at 8 p.m. (1200 GMT) and plans to livestream the commemorations on its website http://www.64live.org.

Other vigils, virtual and otherwise, are planned elsewhere, including in Taiwan, the self-ruled island democracy whose government called again this year for Beijing to own up to the facts of the crackdown.