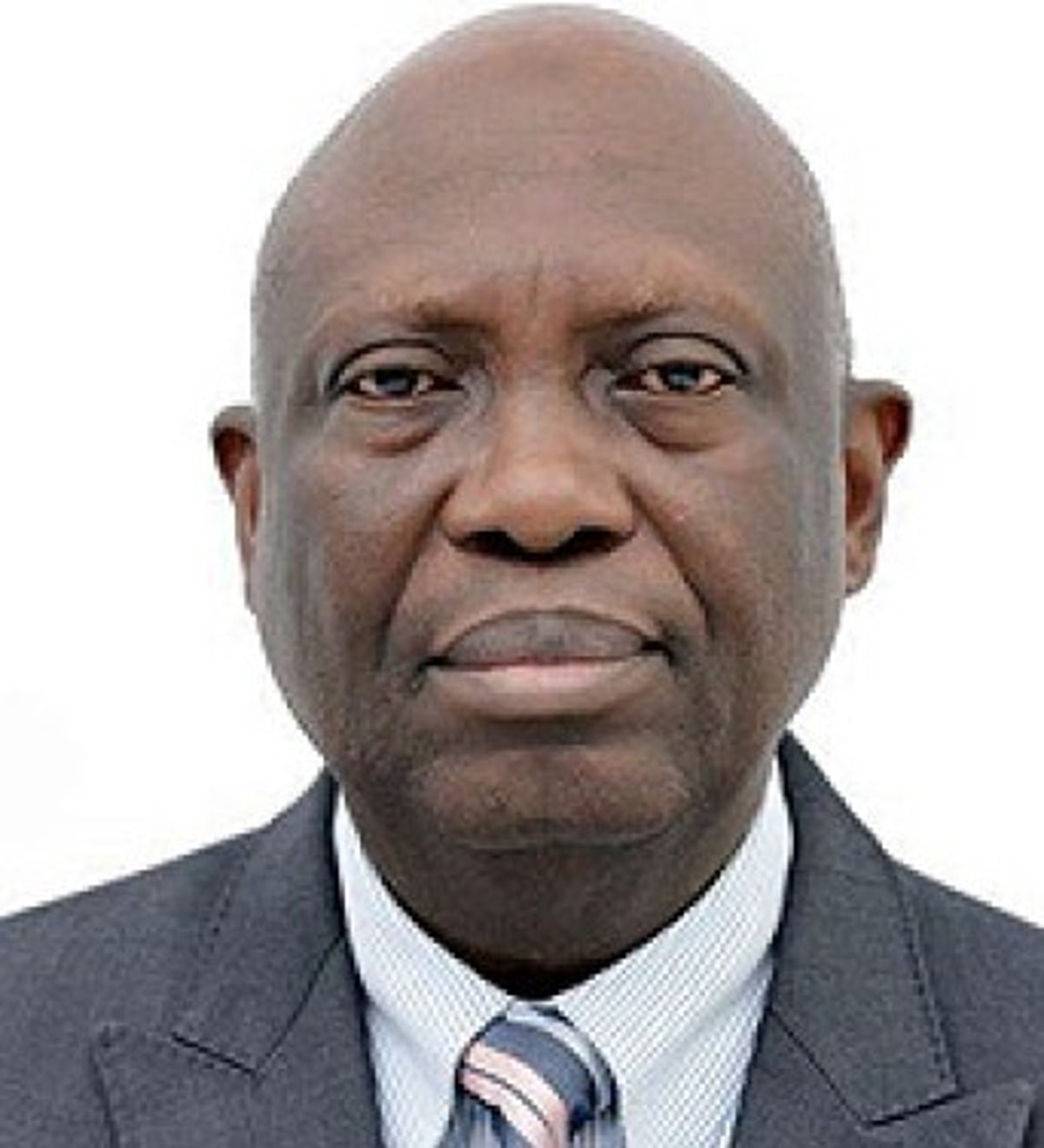 Nigerians from all walks of life have continued to mourn the death of the former Group Managing Director of Odua Investments Plc, Sir Festus Oluremi Omotosho who died early Friday, June, 5, 2020 in Lagos. He was 75 years old.

Former registrar, Chartered Institute of Bankers (CIBN), Oloye Esan Ogunleye lamented that he did not know that the deceased meant a permanent “rest” when he told him he(Omotosho) needed a rest in their last chat.

“In my constrained grief and internal battle with the thoughts of you and our last chat, it is hard to accept the reality of your being no more. Although you expressly indicated you needed a “rest “; little did I know that you craved for your last “Rest “from here on Earth;

For people close to you and even for those who were mere acquaintances, your infectious humility despite your life achievements and accomplishments remained pasted on our minds;

The corporate world of Nigeria will remember you for your successes and diligence as expressed by your career services to Lever Brothers, Odua Investment Group, Lagos Chamber of Commerce and Industry, Standard Chartered Bank , DN Meyer Paints , Greenwich Trust , to name a few. You had influenced positively, a lot of lives along those career paths;

The one time Lay-President of the Methodist Church, Nigeria, you served the Church in various capacities and with passion. You left indelible mark on the Organization as well as your native community-Aiyedun Ekiti . Our people of Ilupeju Ekiti will never forget you and your good deeds;

You will remain a study in the passion and dedication to humanity, particularly in the pursuance of excellence in relationships. Your unwavering commitment for the upliftment of Ekiti has left a large vacuum that will be difficult to fill;

Your foundational efforts in building Ekiti Parapo,Lagos for which you later became the President and until your death, a Trustee of the Association. I had the privilege of joining you and other compatriots to establish Igbimo Ure Ekiti and you remained supportive of all Government Administrations before and since the creation of Ekiti State;

You should also READ  US sanctions six Nigerians over $6m cyber, romance frauds

Your post-retirement activities were renewed and re-energized. As Ekiti remained our common factor, we shared membership of the recently established Ekiti Covid-19 Response , Resource Mobilization Committee , on which you served actively as Chairman of the Funds Management and Evaluation Committee and Co-chairman of Federal Government Relations Committee. You actively contributed both by personal donation and resource investment;

You represented the best of Ekiti and remained our source of pride. You lived a truly good life and left behind, legacies of honor that would continue to service our pride as a people of Ekiti;

Your death is made even more painful as the dictates of Covid-19 environment would deny us the cultural mode of celebration of a life well spent which you richly deserve;

We however take solace in our firm believe that you are on the right hand side of the Lord Almighty.
Egbon ‘Luremi , Ti o Ba D’orun , Ko S’orun Re o. O di‘gba o”.

A former Commissioner for Finance in the old Ondo State and former General Manager, ExxonMobil, Mr Olusola Ogunsakin remembered Sir Omotosho as “a good man in every sense”.

He said: “I heard the shocking news today about the passing on Sir Remi Omotoso. It is sad. He was a good man in every sense.  He related well with everyone that comes in contact him. Mine happened about about 31 years ago while he was trying to promote a project in Oke Aiyedun-Ekiti, his hometown;

He was passionate about affairs of his hometown and indeed, Ekiti State and Nigeria. And it was always refreshing each time we meet in the subsequent intervening years. I will sorely miss his brotherly advice. May his gentle soul rest in perfect peace”.

Senior lawyer, and former General Secretary, Nigerian Bar Association(NBA), Mr Dele Adesina SAN, described Sir Omotosho’s death as a rude shock. “I was on my way to the office for a scheduled webinar presentation when the rude news hit me. First reaction, disbelief. l started calling everyone. I was afraid to call the Prince Julius Adelusi-Adeluyi because l know how close they were. I was shattered and devastated when the news was confirmed. I asked my secretary to cancel all my appointments despite her protests. Then the pain set in. Sir Remi Omotosho was an exemplary Omiye. An extraordinary Senior Friend. A committed Ekitiman. He valued, nurtured and sustained relationship;

This is one death too many. Death, you have created a vacuum that will be too hard to fill. Why? Why this time? Why Sir Remi Omotosho? I don’t even know to whom l’m directing my questions. One thing l know with certainty is that you are sitted at the right hand of the Almighty, above all powers and principalities resting in perfect peace. Goodnight sir”.

A former Senior Special Adviser to Nigeria’s Minister of Agriculture, and senior journalist, Dr Kayode Oyeleye recounted his encounter with Sir Omotosho, who he described as a “mentor”.

Oyeleye said: “The death of Sir Remi Omotoso at this time is saddening, painful and unsettling. A patriotic son of Ekiti, Remi Omotoso has shown in his lifetime how committed he has been towards seeing Ekiti sons and daughters prosperity;

I screamed when a sister of mine told me in confidence. I called a close friend to ask if he has heard the news. His first response was to scream, then expressed momentary doubt in the reality of the disclosure. Minutes later, he called me to confirm, lamenting!

One thing was common in the comments of my sister, my friend and I: that Sir Remi Omotoso was forthright. My friend painfully relieved how Sir Remi was recently commending his little effort in support of an Ekiti cause. My sister was emphatic that Sir Remi was known for insisting on due process;

My own recollections were these: Sir Remi Omotoso discovered me when I was making a presentation at the Lagos Chamber of Commerce and Industry (LCCI) in Victoria Island, Lagos, sometimes in 2005 or 2006. He asked the man who invited me where did this presenter come from? In describing my background, he went further to tell Sir. Omotoso that we came from the same state;

That was it! He would introduce me to anyone he could, assuring them of my ability. One that was interesting was to introduce me to the Rector of the Federal Polytechnic, Ado Ekiti in 2008, while the Rector was looking for someone to give a Convocation Lecture. I was invited. I gave the convocation lecture on Knowledge Economy, to the delight of the Professor who was the rector then and to the delight of the whole audience that filled the hall;

That was a prominence at the instance of Sir Remi Omotoso. No private discussion; no private demand, no strings attached and no noise about the efforts at introducing me to the institution’s highest authority for that event. I know of no other way to describe a man who was keen on investing in human capital, interested in the progress of any indigene of his home state of origin, ready to lift up the struggling and project to limelight anyone he finds in obscurity;

Now that Sir Remi is gone, what more can I say of him? An icon has gone. A motivator has died. A rallying point has departed. Ekiti has just lost a gem. Those living should take solace in one thing: he left good footprints behind;

Let’s honour his exit by learnig to reproduce his good attributes and sending the message of his selfless service far and wide. Adieu Sir Remi Omotoso”.

A senior journalist, Bola Olajuwon rememebered Sir Omotosho’s passion for a junior friend at wedding. “I had a personal experience with him at a friend’s wedding. He was the chairman at the event. He stood with us till the night with microphone moving all about organising things. He was quite appreciative when I commended him. May His soul rest in peace”.

Nephew, Kolade Alonge described him as “a true father, uncle, and leader whose uprightness is worthy of emulation”.

“A man of integrity that impacted so many lives that he came in contact with, it’s so painful and regrettable that death took you away from us at this time. Your immeasurable contribution to humanity will ever remain in our memories. May your soul rest in peace my uncle”.