A pallet of bricks outside a suburban Atlanta home. Stone barriers in front of a Los Angeles synagogue. Northeastern University police officers in Boston unloading bricks from an SUV.

These sights would have hardly garnered much interest two weeks ago.

But as protests spread over the death of George Floyd, a handcuffed black man who died after a police officer pressed his knee into his neck for several minutes, social media users have posted photos and videos of bricks and other materials left on streets with comments suggesting they are part of a deliberate effort to encourage unrest and incite violence at demonstrations.

The White House boosted the theory on Wednesday with a tweet showing video of stones encased in wire along a busy street, with the statement that “Antifa and professional anarchists” were “staging bricks and weapons to instigate violence.” Antifa, short for “anti-fascists,” is an umbrella term for leftist militant groups. The tweet was later deleted.

The encased stones in the video actually form a security barrier outside a Los Angeles synagogue on Ventura Boulevard. Video and photos of the barrier were shared thousands of times on social media with comments suggesting they were left for protesters. Rabbi Mendel Lipskier, of Chabad of Sherman Oaks, confirmed the barriers were for security at the synagogue. He said they had been there for about a year.

While bricks have been used by some protest agitators to destroy property or attack police officers, there is little evidence that bricks, stones or other materials have been placed at protest sites as part a coordinated effort. The majority of protests in the country were reported to be peaceful.

“What’s happening is people are fighting over who are the good guys and who are the bad guys,” said Omar Wasow, an assistant professor at Princeton University who studies protest movements, discussing the brick claims being shared online.

The Department of Homeland Security said in an intelligence note on Tuesday that they had seen several uncorroborated media reports of bricks being pre-staged at protests but had been unable to verify them.

The posts featuring photos and videos questioning the placement of bricks and other materials have racked up millions of views. Police in many places have responded to the rumours.

Police in Brookhaven, an Atlanta suburb, turned to Facebook and Nextdoor, a neighborhood discussion platform, to address rumors that bricks had been planted in a neighborhood there after a social media post circulated Wednesday showing a pallet of bricks outside a home. A statement with the post said: “They are moving out of the big cities and now planning attacks on people’s houses in Atlanta…… if you live in Brookhaven hopefully you believe in your 2nd amendment rights.”

Brookhaven Deputy Chief Brandon Gurley said the bricks were delivered for a homeowner’s project, and people immediately began driving by and snapping photos. He said the bricks had nothing to do with protests.

In another example, Northeastern University police took to Twitter to address rumours that a video, viewed more than two million times online, showed officers planting bricks to be used at protests in Boston. The video actually showed officers unloading bricks that were removed from a deteriorating sidewalk to be sure they would not be used by protesters. 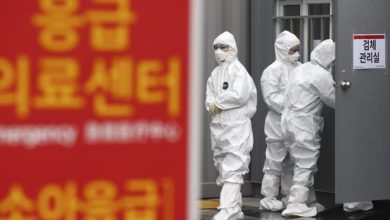 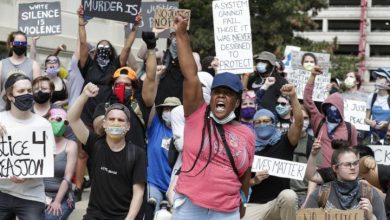 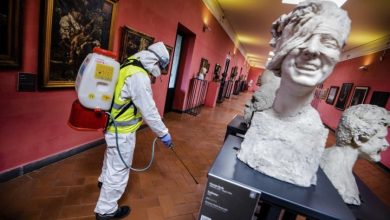