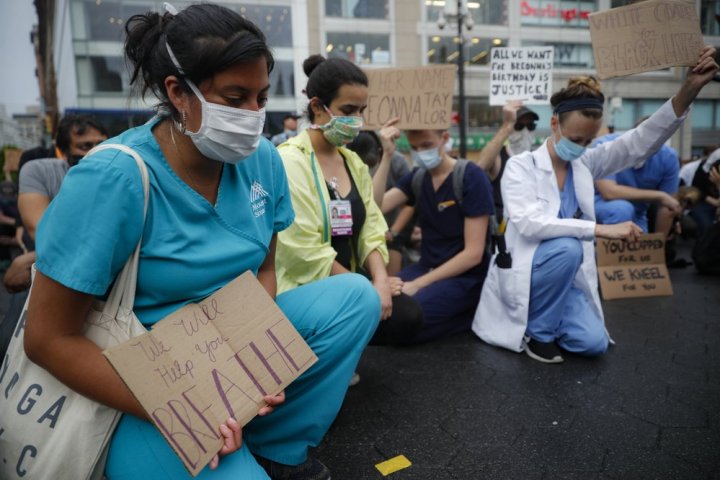 After another mostly peaceful night, more demonstrations over the death of George Floyd in New York City were planned for Saturday amid lingering tension between protesters and police over the city’s 8 p.m. curfew.

On Friday night, demonstrators again remained on city streets hours after the curfew. With police generally allowing some leeway, crowds mostly dwindled on their own at various locations.

But there were some minor flare-ups: About an hour after a Brooklyn protest ended, images on social media showed officers surrounding a group of protesters and chasing down some with batons.

Officers on Manhattan’s East Side also used force to break up remnants of a march that started near the mayor’s official residence. There were about 40 arrests citywide — far fewer than previous nights — and no obvious signs of the smash-and-grab stealing that marred protests earlier in the week.

With demonstrations and marches planned throughout the day and into the evening on Saturday in Manhattan, Brooklyn and the Bronx, local politicians and civil liberties advocates have been calling for an end to the 8 p.m. curfew. They’ve complained that it causes needless friction when officers try to enforce it.

But Mayor Bill de Blasio has insisted the curfew will remain in place throughout the weekend.