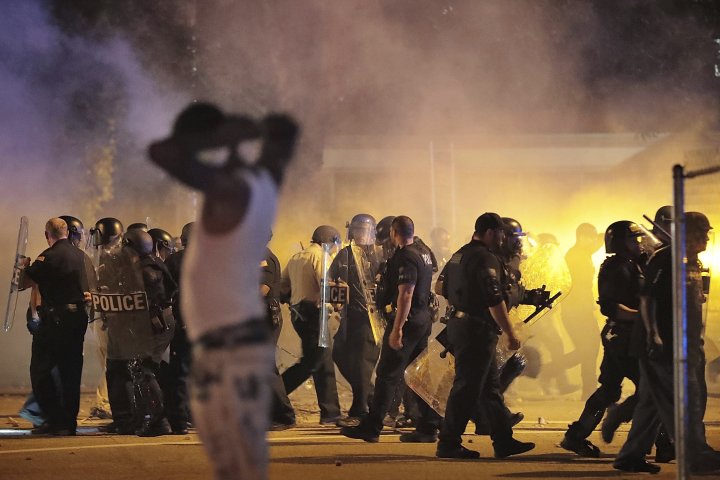 Police across the United States are using a variety of weapons on protesters during demonstrations against the death of an unarmed black man in police custody.

George Floyd died as a white Minneapolis police officer knelt on his neck for more than eight minutes, and his death has triggered a wave of protests across the country and around the world.

While many of the U.S. events have been peaceful, some have turned violent, with scenes of arson, looting and clashes with police.

Police have used a range of weapons against peaceful protesters as well as members of the press during the demonstrations. Described as non-lethal, these weapons can seriously injure, disable and even kill.

Chemical irritants include tear gas and pepper spray, which cause sensations of burning, pain and inflammation of the airways.

Public health and infectious diseases experts have opposed the use of chemical irritants such as tear gas, saying in an online petition that they could increase risk for COVID-19 by “making the respiratory tract more susceptible to infection.”

Because chemical irritants can spread widely, bystanders and individuals other than the intended targets can be exposed to the chemicals.

Tear gas has been widely and frequently used by police to disperse protesters. CS or CN gas are chemical compound powders that spray from canisters. They produce a burning sensation in the eyes and mouth that incapacitates.

To protect themselves from pepper spray and other chemical irritants, protesters are dousing themselves with milk to help diffuse the burning sensations.

Police have shot protesters with pepper spray both from handheld devices and projectiles. While pepper spray is chemically distinct from tear gas, it produces similar effects: burning and watering of the eyes and skin.

Police have also fired pepper balls, small projectiles containing chemical irritants. Such projectiles can contain PAVA spray, an irritant similar to pepper spray, as well as CS gas. The balls can be shot from launchers or modified paintball guns.

Protesters have been hit by a variety of rubber, plastic, and “sponger” bullets. Reuters journalists in Minneapolis were shot by police with 40mm hard plastic projectiles during a protest in May.