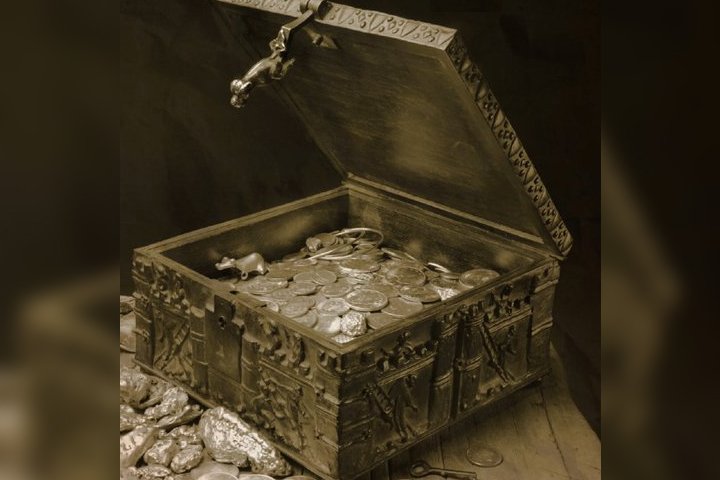 The accomplished New Mexico art dealer, 89, revealed on Sunday that someone has finally found the treasure trove he hid in the Rocky Mountains over a decade ago, ending a lengthy quest that had became an obsession for some, a lawsuit-worthy frustration for others — and an indirect cause of death for an unlucky few.

“The search is over!” Fenn wrote on his website, the Old Santa Fe Trading Co., on Sunday. “It was under a canopy of stars in the lush, forested vegetation of the Rocky Mountains and had not moved from the spot where I hid it more than 10 years ago.”

He told the Santa Fe New Mexican that the successful treasure-hunter was “from back East,” and that he didn’t want to be publicly identified. The man sent Fenn a photo of the treasure to confirm that he’d found it.

Fenn originally stuffed a 13th-century bronze treasure chest with US$1-2 million worth of gold, jewelry and gems, then placed it somewhere in the mountains north of Santa Fe in 2009 or 2010. He posted clues about the treasure chest’s location online and included hints about its location in a 24-line poem included with his autobiography, The Thrill of the Chase.

The treasure trove became an internet obsession for many people, and an estimated 35,000 bounty-hunters set out to look for it in New Mexico, Colorado, Wyoming and Montana, which share borders in the mountain region where it was hidden.

You should also READ  John Bolton can publish book despite Trump’s efforts to block it, Judge rules

He says the real purpose of the treasure hunt was to encourage people to explore the wilderness through an old-fashioned adventure.

However, the search for Fenn’s fortune generated plenty of misfortune on its own. At least four people died after suffering mishaps in the wilderness over the last decade while chasing down his clues.

A handful of people have also unsuccessfully sued Fenn, claiming that his clues were fraudulent, that he had somehow deprived them of the million-dollar prize or that they should be paid out for “solving” the hunt, without actually finding the chest. Others have broken into his home in hopes of finding clues to the chest’s location.

Barbara Andersen, of Chicago, told the New Mexican that she had solved Fenn’s treasure hunt, but that she’d been “hacked” by whoever found it. She said she’s filing an injunction in court over the incident.

“He stole my solve,” Andersen told the paper. “He followed me and cheated me to get the chest.”