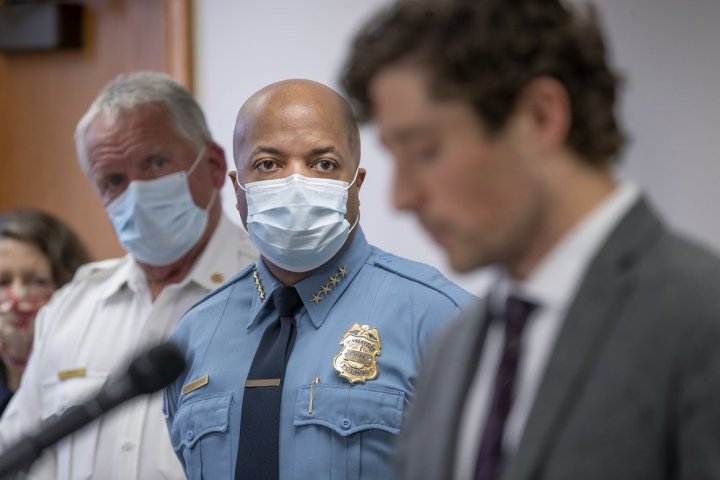 Protests over the death of George Floyd have pushed officials in Minneapolis, Minn., to vow to dismantle the local police force — but experts say it’s unclear what exactly that means.

Dexter Voisin, dean of the University of Toronto’s Factor-Inwentash Faculty of Social Work, said there are currently “no clear models” of what it would look like to dismantle a police force.

But he said community organizers and community-based agencies would need to sit down with civic authorities to “design models that are more inclusive than repressive.”

But that doesn’t mean it’s impossible.

In fact, Akwasi Owusu-Bempah, a sociology professor at the University of Toronto Mississauga, said some smaller Indigenous communities in Canada are already leaning on community groups to do some of the work police traditionally do.

He said in some areas, community groups — not police — deal with minor civil disturbances or civil disobedience. But he noted if a similar model is to be implemented in larger towns or cities, a number of questions would need to be answered.

Owusu-Bempah said as societies have become larger, citizens and community groups have not had the same role in watching over society.

Floyd, a 46-year old Black man, died in Minneapolis earlier this month after a white police officer knelt on his neck for more than eight minutes during an arrest.

The officer, Derek Chauvin, has since been charged with second-degree murder.