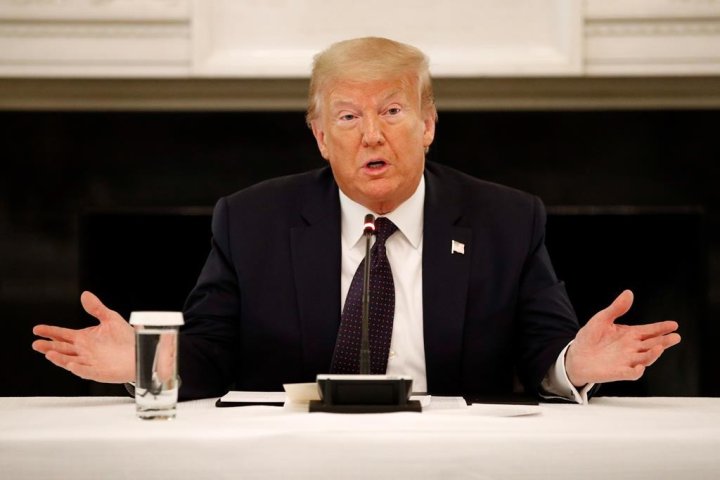 U.S. President Donald Trump on Tuesday claimed, without providing evidence, that a 75-year-old man who was shoved to the ground by police during an anti-Black racism protest in Buffalo, N.Y. was an Antifa provocateur.

In a tweet posted Tuesday morning, Trump said the protester — who has been identified as Martin Gugino — was “pushed away after appearing to scan police communicators in order to black out the equipment.”

Trump said he watched the video and claims Gugino “fell harder than was pushed.”

Video of the incident — which occurred last Thursday — has spread widely on social media.

The video show the elderly man falling to the ground after being pushed by two police officers during a protest over the death of George Floyd, a Black man who died after a police arrest.

The city’s mayor, Byron W. Brown, said Gugino was taken to hospital where he was in serious, but stable condition.

Brown said he was “deeply disturbed” by the video.

“After days of peaceful protest and several meetings between myself, police leadership and members of the community, tonight’s event is disheartening,” he said.

On Saturday, the Erie County district attorney announced the two officers seen in the video had been charged with second-degree assault.

The demonstration in Buffalo was one of many which have sparked across the U.S. and have spread internationally after the death of Floyd.