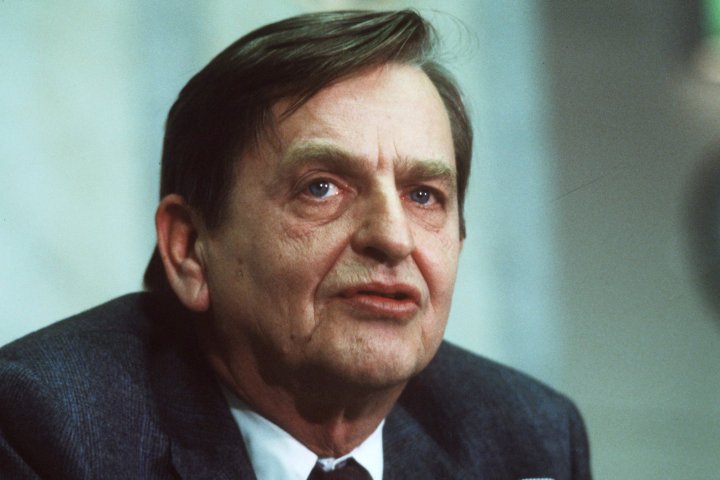 Sweden on Wednesday dropped its investigation into the unsolved murder of former Swedish Prime Minister Olof Palme, who was shot dead 34 years ago in downtown Stockholm, saying that decision was made because the main suspect died in 2000.

Palme was gunned down on Feb. 28, 1986, after he and his wife Lisbet Palme left a movie theater in the Swedish capital. The murder shocked the nation and shook the Scandinavian county’s image as being so safe and peaceful that politicians could wander around in public without protection.

More than 100 people have been suspected in the crime and the unsolved case has generated scores of conspiracy theories, with possible villains ranging from foreign governments or rogue Swedish police with right-wing sympathies to an act by a lone shooter.

The investigation was being closed because the main suspect, Stig Engstrom, died in 2000, the case’s chief prosecutor, Krister Petersson, told a news conference in Stockholm on Wednesday.

“Stig Engstrom is deceased, and therefore I am not able to start proceedings or even interview him, that is why I decided to discontinue the investigation,” Petersson told reporters. “Since he has died, I cannot indict him.”

Hans Melander, head of the investigation, told the news conference that 134 people had confessed the murder — 29 directly to the police — and some 10,000 people had been questioned during the 34-year probe.

“I am completely convinced that there are other people who believe in other solutions, but as Krister (Petersson) says, this is what we came up with and believe in,” Melander said.

Marten Palme, the son of Olof and Lisbet Palme, told Swedish radio that “I also think Engstrom is the perpetrator.”

Swedish PM Stefan Lofven, a Social Democrat like Palme, was holding a news conference later Wednesday on the murder.

Palme, who cut a flamboyant, even boyish figure, had sought to live as ordinary a life as possible and would often go out without bodyguards. The night of the murder he had no protection.

The prime minister had an aristocratic background but was known for his left-leaning views and was eyed with suspicion in conservative circles and by the United States. Among Swedes and in the Nordic region, Palme was a divisive figure, much loved but also despised.

At the time of the slaying, the 52-year-old Engstrom was reportedly one of the first people at the murder scene and was briefly considered a possible suspect. He had a military background, was member of a shooting club, often worked late and had drinking problems, Petersson said. Also known as the Skandiamannen because he worked in the nearby Skandia insurance company, Engstrom had a strong dislike of Palme and his policies.