Young adults turned out to protest racial injustice, but will they vote at the polls? 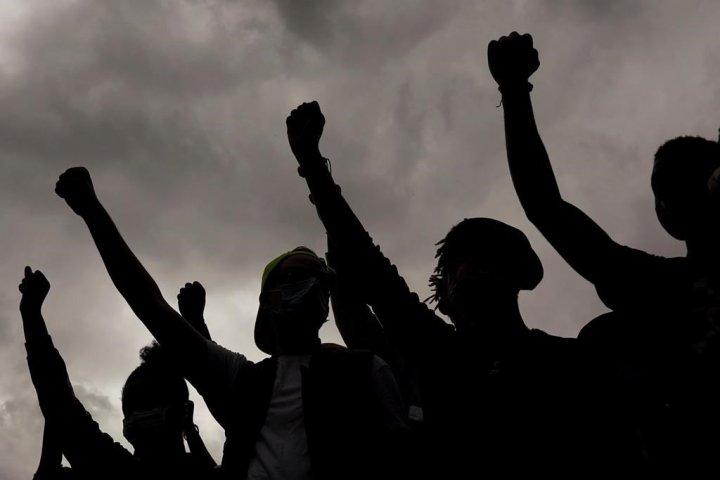 Young adults have filled streets across the country on a scale not seen since the 1960s to protest for racial justice after the death of George Floyd. But whether that energy translates to increased turnout in November is another question.

They could make a difference in the presidential race — polls show President Donald Trump is deeply unpopular with young voters — with control of the Senate and hundreds of local races also at stake. But some activists are concerned that their focus will be on specific causes instead of voting.

“In a normal election year, turning out the youth vote is challenging,” said Carolyn DeWitt, president and executive director of Rock the Vote, which works to build political power among young people. “That’s even more true now. People’s minds are not on it.”

Voters under 30 have historically turned out to vote at much lower rates than older voters, though the 2018 midterm elections saw the highest turnout in a quarter century among voters ages 18-29 — a spike attributed in part to youth-led movements like March for Our Lives against gun violence.

There are signs young people are getting more politically engaged. DeWitt said more people registered to vote through Rock the Vote’s online platforms last week _ some 50,000 _ than in any other week this year. The organization’s social media accounts had as many impressions between Monday and Friday of last week as it typically has in an entire month, with more than 1 million.

You should also READ  Coronavirus: Testing backlog linked to shortage of essential chemicals

“It will just be incredibly important to us to make sure we’re protesting now and voting later,” DeWitt said.

That is not assured. The coronavirus pandemic has halted traditional campaigning as well as big concerts and festivals, the kinds of places where campaigns and groups like Rock the Vote and HeadCount typically recruit young voters. On top of that, lawmakers’ efforts to change voting laws in some states could restrict younger voters like college students.

Joe Biden’s Democratic presidential campaign is banking on these voters supporting him when the choice is a binary one between Biden and Trump. But that is not guaranteed.

“Our bar can’t be: Are you better than Trump?” said Cliff Albright, a co-founder of Black Voters Matter, which works to register voters and organize black communities. “For folks who are angry, who are in the streets, or who are at home and not engaged, you just telling me you’re better than this nut — that’s not enough.”

Many young people are still unfamiliar with Biden, “and they certainly don’t know where he stands on issues,” said Heather Greven, spokesperson for NextGen America. The group plans to spend at least $45 million to target young voters in battleground states.

Biden said during a recent virtual fundraiser that he thought the protests will energize young people to turn out for him. “Now they are engaged,” Biden said. “They feel it. They taste it. And they’re angry and they’re determined.”

His campaign hasn’t made major changes to its youth outreach amid the protests, which started after a white Minneapolis officer pressed his knee into the neck of Floyd, a black man who was handcuffed and crying out that he couldn’t breathe. Instead, Biden has stuck largely with an initiative known as “League 46” that combines groups such as Students for Biden and Young Professionals for Biden.