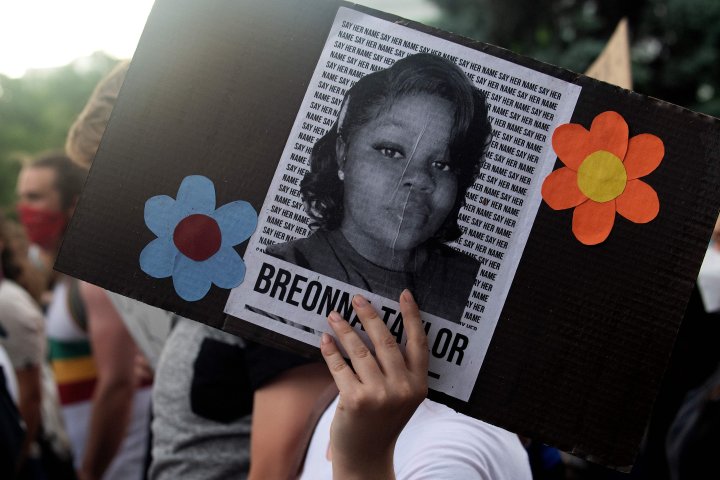 Dubbed “Breonna’s Law,” the measure also ensures that body cameras must be worn by all police officers executing a warrant for at least five minutes before and after the warrant is executed.

Taylor, a Black woman, was shot in her apartment on March 13 after police executed a so-called no-knock warrant, allowing officers to enter the home without obtaining permission from the residents.

The 26-year-old first responder was shot eight times when officers opened fire after Taylor’s boyfriend — who told police he thought the couple was being robbed after being startled out of bed — fired at the officers first, hitting one in the leg.

Taylor’s case has since been among those mentioned by protesters who took to the streets in Louisville and around the United States after the killing of George Floyd, a Black man, in police custody on May 25.

While the four officers involved in Floyd’s death have been arrested and charged, the same has not happened for the officers who shot Taylor.

The passage of “Breonna’s Law” was one of several demands from local protesters.

You should also READ  Uighur exile in Canada fears for family, friends in China amid COVID-19

Louisville Mayor Greg Fischer said on Twitter he would sign the measure “as soon as it hits my desk.”

“I suspended use of these warrants indefinitely last month, and wholeheartedly agree with Council that the risk to residents and officers with this kind of search outweigh any benefit,” he wrote.

Trump will accept Republican nomination in Jacksonville, Florida this summer