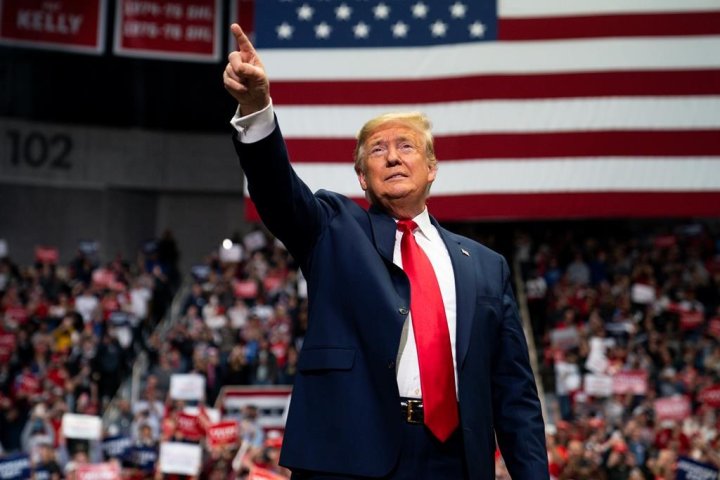 Black community and political leaders are calling on President Donald Trump to at least change the date of an Oklahoma rally kick-starting his return to public campaigning, saying that holding the event on Juneteenth, the day that marks the end of slavery in America, is a “slap in the face.”

Trump campaign officials discussed in advance the possible reaction to the Juneteenth date, but there are no plans to change it despite fierce blowback.

California Sen. Kamala Harris and Tulsa civic officials were among the black leaders who said it was offensive for Trump to pick that day — June 19 — and that place — Tulsa, an Oklahoma city that in 1921 was the site of a fiery and orchestrated white-on-black attack.

“To choose the date, to come to Tulsa, is totally disrespectful and a slap in the face to even happen,” said Sherry Gamble Smith, president of Tulsa’s Black Wall Street Chamber of Commerce, an organization named after the prosperous black community that white Oklahomans burned down in the 1921 attack.

At a minimum, Gamble Smith said, the campaign should “change it to Saturday the 20th, if they’re going to have it.”

Trump announced the rally plan Wednesday afternoon. It comes as his harsh law-and-order stance appears to fall increasingly out of sync with a growing concern over police abuse of African Americans after the killing of George Floyd in Minneapolis.

“As the party of Lincoln, Republicans are proud of the history of Juneteenth,” said Katrina Pierson, senior adviser to the Trump campaign. “President Trump has built a record of success for Black Americans, including unprecedented low unemployment prior to the global pandemic, all-time high funding for Historically Black Colleges and Universities, and criminal justice reform.”

The Trump campaign was aware in advance that the date for the president’s return to rallies was Juneteenth, according to two campaign officials, who were not authorized to speak publicly about internal discussions and spoke on condition of anonymity.

When the date was discussed, it was noted that Biden had held a fundraiser a year ago on Juneteenth. Although choosing June 19 was not meant to be incendiary, some blowback was expected, the officials said. But the campaign was caught off guard by the intensity, particularly when some linked the selection to the 1921 massacre.