Trump will accept Republican nomination in Jacksonville, Florida this summer 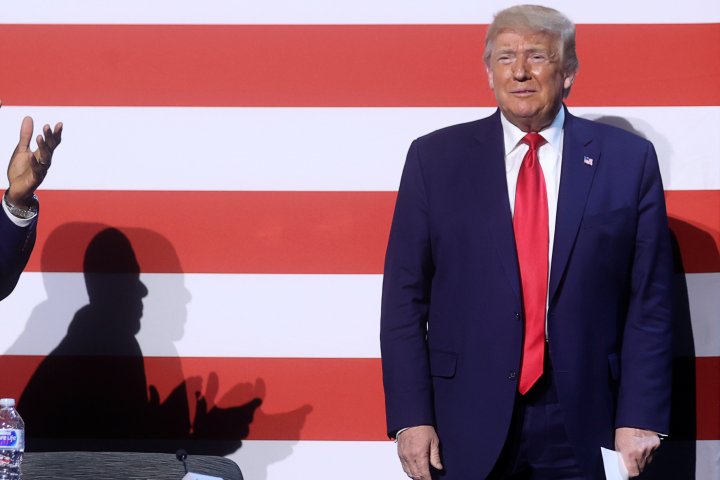 U.S. President Donald Trump will accept the Republican presidential nomination in Jacksonville, Florida, this summer after balking at having the event in Charlotte, North Carolina, due to the state’s coronavirus social-distancing rules.

Republican National Committee Chairwoman Ronna McDaniel said in a statement on Thursday the official business of the party’s convention would still be held in Charlotte but the celebration of Trump’s nomination would be moved to Jacksonville.

The announcement, which was expected, caps an ugly dispute that had been brewing between Trump, his Republican Party and Democratic Governor Roy Cooper of North Carolina, who refused to alter public health protocols to suit Trump in a state where the number of COVID-19 cases is still growing.

Instead, Trump will give his acceptance speech on Aug. 27 in a 15,000-seat arena in his recently adopted home state of Florida, where a top ally, Ron DeSantis, is governor. Florida is a crucial battleground in Trump’s November election matchup against Democrat Joe Biden.

“Not only does Florida hold a special place in President Trump’s heart as his home state, but it is crucial in the path to victory in 2020,” McDaniel said.

Trump and the committee have insisted that the president speak to a packed house, forcing the flight from Charlotte.

North Carolina looks to be another closely contested state, and Republicans had hoped that the economic benefits of the convention would boost Trump’s chances there.

In her statement, McDaniel pledged the event in Jacksonville would be “safe and exciting” but offered no details of any virus-related measures the committee will take.

Democrats are scheduled to hold their convention in Milwaukee, Wisconsin, in August, but have not yet worked out their own safety precautions for the event.