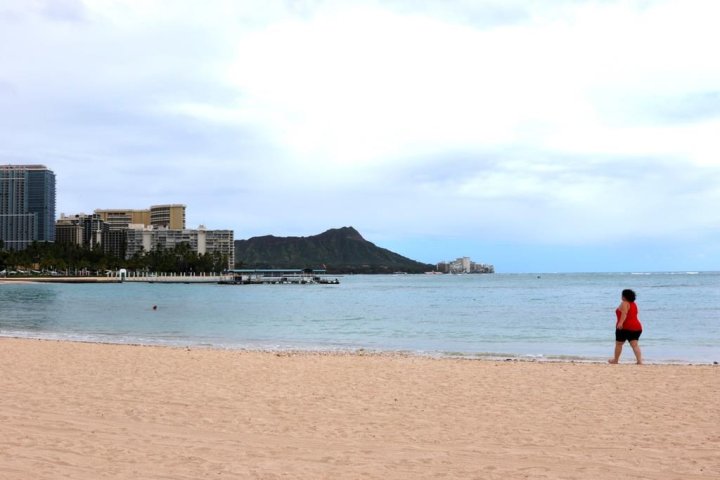 Twenty-one people who recently arrived in Hawaii, describing themselves as a family with a leader, were arrested and charged with violating the state’s mandatory 14-day quarantine put in place in an attempt to protect the islands from the spread of the coronavirus, police said.

They all arrived over two days earlier this month from Los Angeles, Hawaii County police Lt. Rio Amon-Wilkins said Friday. Some of them indicated on quarantine forms and travel declarations that they would be vacationing, while most of them reported that they intended to move to Hawaii, he said.

“They describe themselves kind of as a family,” he said. “They indicated they wanted to get away from mainstream society and live off the land.”

Their self-described leader, Eligio Lee Bishop, was arrested Thursday with six other men and six women at a home booked via Airbnb in a rural and remote district of the Big Island, Amon-Wilkins said.

Bishop, 38, of Georgia, couldn’t immediately be reached for comment Friday. It wasn’t immediately clear if he had an attorney. He and the others arrested were scheduled for an arraignment in court in the afternoon.

“We’re not a cult, we’re a tribe,” Bishop said in a YouTube video posted Thursday before his arrest titled “NatureBoy’s Message To The People of Hawaii.”

On Wednesday, police arrested other members of the group — five men and three women — at a different home in the Puna district also booked through Airbnb, Amon-Wilkins said.

Tips from the public and social media led police to the group. Some of them were seen at a beach park in Hilo on the day they arrived, police said. The group arrived over two days — June 7 and 8.

Since March, travelers — residents and tourists — arriving in Hawaii must quarantine for 14 days. Gov. David Ige has extended the mandate through the end of July. Some tourists and one resident have been arrested on suspicion of violating the quarantine.

The quarantine has helped Hawaii maintain relatively low infection rates compared to other parts of the U.S.

The state Department of Health reported 15 new cases Friday, bringing the total number of people who tested positive since the outbreak began to 706. There have been 17 deaths.