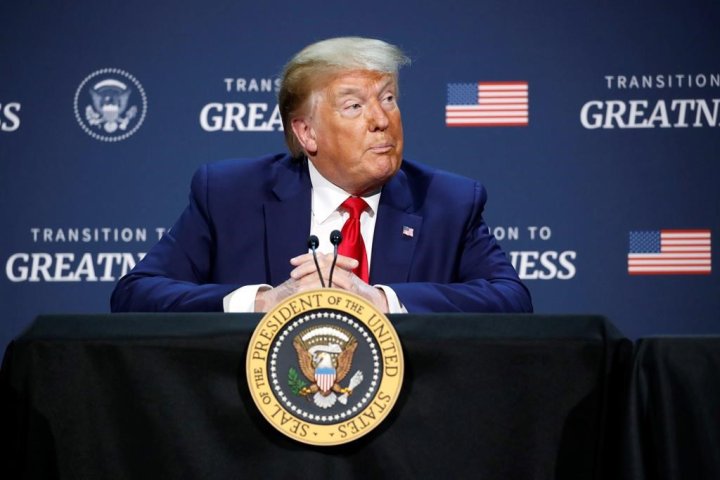 U.S. President Donald Trump said Friday he would change the date of his upcoming campaign rally in Tulsa, Okla., from Juneteenth, a day that marks the end of slavery, after backlash from several Black leaders.

The change came a day after reports suggested that Trump’s campaign had expected blowback over the June 19 date, but decided to move ahead with their plans.

“Many of my African American friends and supporters have reached out to suggest that we consider changing the date out of respect for this Holiday, and in observance of this important occasion and all that it represents,” Trump wrote in a tweet.

Trump said the rally will be moved ahead by a day to June 20 “in order to honour their requests.”

The rally will be Trump’s first since the coronavirus pandemic took hold in the United States, which prompted the cancellation of large gatherings in early March.

Yet the choice of date and place — Tulsa, which was the site of an orchestrated white attack on a Black economic district in 1921 — sparked widespread outcry from civil rights advocates, historians, community leaders and politicians.

The choices were also felt to be out of step with the national conversation over Black racism and inequality sparked by the death of George Floyd in police custody.

Oklahoma’s Black Democratic Party chairwoman also condemned Trump’s rally plan. “A day set aside to commemorate the freedom of enslaved people must not be marred by the words or actions of a racist president,” Alicia Andrews said.

“To choose the date, to come to Tulsa, is totally disrespectful and a slap in the face to even happen,” said Sherry Gamble Smith, president of Tulsa’s Black Wall Street Chamber of Commerce, an organization named after the prosperous Black community that white Oklahomans burned down in the 1921 attack.