Trump to address West Point graduates amid tension with military 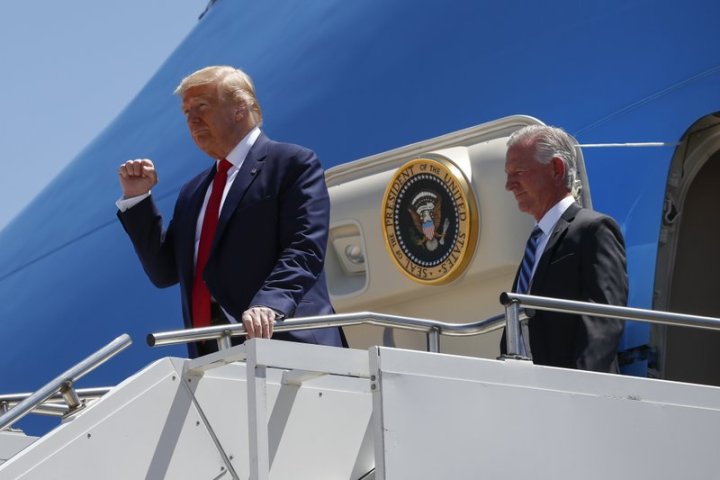 His relationship with top military officials strained, U.S. President Donald Trump on Saturday will address the graduating class at the U.S. Military Academy against a backdrop of urgent questions about the role of soldiers in a civil society.

Trump’s commencement speech to the 1,100 graduating cadets during a global pandemic will be delivered as arguments continue to rage over his threat to use American troops on U.S. soil to quell protests stemming from the killing of George Floyd by a Minneapolis police officer.

Tensions between the White House and the military have escalated since nationwide protests began over the death of Floyd, a Black man who was pinned by the neck by a white police officer for several minutes despite saying he couldn’t breathe.

In the past two weeks, Trump yelled at Defense Secretary Mark Esper for publicly opposing Trump’s call to use active-duty troops to crack down on the demonstrations. Trump then shut down Esper’s attempt to open a public debate on removing the names of Confederate Army officers from military bases.

Gen. Mark Milley, the Joint Chiefs of Staff chairman, further risked Trump’s ire Thursday by declaring it had been “a mistake” for him to accompany Trump on a June 1 walk through Lafayette Square. The trip ended with the president holding up a Bible and posing for the news media outside St. John’s Church, which was damaged by fire during the unrest.

You should also READ  NYC left reeling after days of unrest, violence amid George Floyd protests

Milley’s comments amounted to an extraordinary expression of regret by Trump’s chief military adviser, who said his appearance led to the perception of the military becoming embroiled in politics, which in his view — one shared by Esper — is a threat to democracy.

The events have stirred debate within the military and among retired officers. More than 500 West Point graduates from classes spanning six decades signed an open letter reminding the Class of 2020 of its commitment to avoid partisan politics.

The letter, published this week on Medium, also alluded to the problems Esper and Milley encountered at the White House after Floyd’s death.

“Sadly, the government has threatened to use the Army in which you serve as a weapon against fellow Americans engaging in these legitimate protests,” they wrote. “Worse, military leaders, who took the same oath you take today, have participated in politically charged events. The principle of civilian control is central to the military profession. But that principle does not imply blind obedience.”

They added: “We are concerned that fellow graduates serving in senior-level, public positions are failing to uphold their oath of office and their commitment to duty, honor, country. Their actions threaten the credibility of an apolitical military.”

Trump announced in April that he would deliver the commencement address at West Point. Neither Esper nor Milley is expected to accompany Trump. Esper will deliver videotaped remarks.

“Saturday’s graduation is about these incredible cadets and their amazing accomplishments, and as the commander in chief, President Trump wants to celebrate that and thank them for their service to our country,” said White House spokesman Judd Deere.