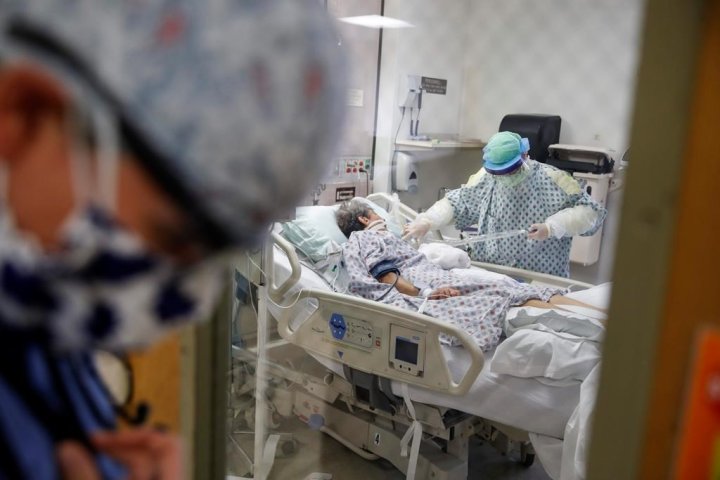 It’s the fastest pace that a million new cases have been recorded since the COVID-19 pandemic began, according to public health data tracked and compiled by Johns Hopkins University. As of Monday evening, cases stood at over 8.03 million, with more than 435,000 deaths.

The rapid surge in cases suggests that while some countries have gotten a hold of their outbreaks, others — particularly in Latin America and parts of Asia — are only getting worse.

It took just over a week for cases to jump from six million to seven million, the data shows. That six-million mark was reached 10 days after the world surpassed five million infections.

Researchers have generally agreed that the true scope of the outbreak is even worse than the official data shows, however, due to gaps in testing and disparities in the way some countries report their data.

The accelerated climb in lab-confirmed cases is largely thanks to exploding outbreaks in countries like Brazil, Mexico, Peru, Chile and other Central and South American countries, which are often reporting well over 10,000 cases a day and thousands of deaths.

Brazil, in particular, is rapidly approaching a million cases and recently surpassed the United Kingdom as the country with the second highest death toll worldwide, behind the United States.

As of Monday, Brazil has reported over 888,000 cases, making it the second most infected country on Earth.

Peru has also seen its cases surge, and is now the eighth most infected country with nearly 230,000 cases. Mexico, too, continues to beat its own records in both daily case counts and deaths, and is approaching 150,000 cases.

Many other countries once thought to have largely escaped the pandemic have since succumbed to it dramatically.

Russia recently hit half a million cases and continues to climb, after recording between 8,000 and 9,000 new cases a day for nearly a month. Its death toll, at just over 7,000, remains one of the lowest in the world, though some health officials have admitted they record that data differently than other countries.