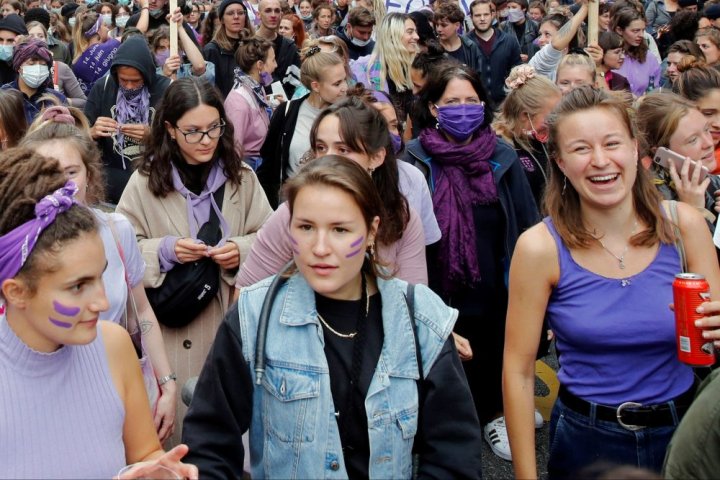 Women in Switzerland are no longer simply speaking out against domestic violence and gender inequality — now, they’re screaming about it.

Thousands of women rallied across the country on Sunday to lend their voices to a mass scream, in hopes of shocking the nation into taking action on closing the pay gap and cracking down on toxic masculinity.

The protest was a smaller version of the one that took place last year when about half a million people cried out for women’s rights. This year’s event, dubbed the Women’s Strike, was loud but more subdued because of lockdowns meant to stop the spread of the novel coronavirus.

Many who joined the event said they were screaming for loved ones who had been hurt or killed by a romantic partner.

“I scream for me, but I also scream for my sisters and brothers,” said Roxanne Errico, a 19-year-old student. She told Reuters that her mother was killed by a violent boyfriend.

“I also scream for my mother, who would have screamed if she was still here,” Errico said.

Vani Niuti, 20, said she was screaming against those who prey on women based on their appearance.

“I would love to walk at night wearing a skirt, shorts or leggings without being insulted, without being scared to be raped,” she told Reuters.

Demonstrators also denounced violence against women and the LGBTQ2 community and called for better recognition of people who care for sick relatives of family members.

Thousands participated in the march in Geneva and other Swiss cities. The mass scream happened for a minute starting at 3:24 p.m. — the moment in an eight-hour workday when women are said to start working for free, based on the pay gap with men.

The demonstrations also held a minute of silence for those killed by domestic violence.

—With files from Reuters