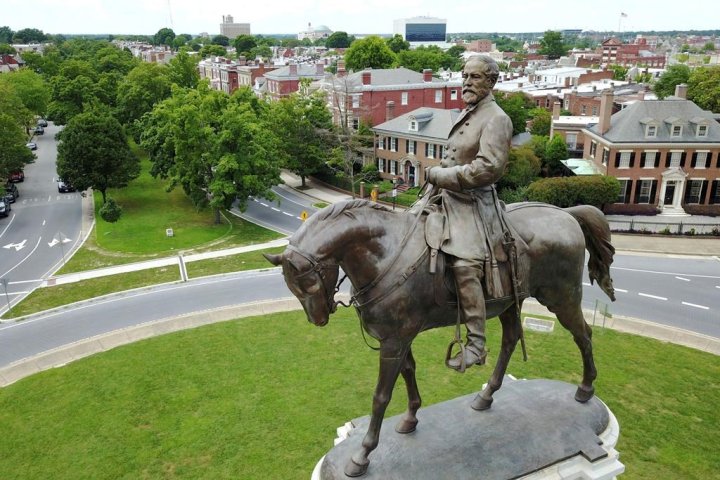 Northam recently ordered the statue’s removal, citing the pain gripping the country over the killing of George Floyd, a Black man in Minneapolis who pleaded for air as a white police officer pressed a knee into his neck.

Floyd’s death has sparked global protests that participants have vowed to turn into a sustained movement focused on addressing racial injustice and police brutality. It has also led to an intense re-examination of statues and monuments of historical figures around the world.

The lawsuit challenges Northam’s authority to order the statue’s removal from its prominent place in the ex-capital of the Confederacy, citing in part an 1889 resolution of the General Assembly that authorized the governor of Virginia to accept the statue.

The plaintiffs also argue that removal of the statue would result in the loss of the National Historic Landmark designation for a stretch of Monument Avenue, a prestigious residential boulevard, and therefore “the loss of favourable tax treatment and reduction in property values.”

The complaint says the plaintiffs would suffer injury over “the loss of a priceless work of art from their neighbourhood and the degradation of the internationally recognized avenue on which they reside.”

The statue is one of five memorials to the Confederacy along Monument Avenue, and the only one on state property. The Richmond City Council has expressed unanimous support for removing the rest, which demonstrators have covered with graffiti in recent weeks.

“Governor Northam is committed to removing this divisive symbol from Virginia’s capital city. We’re confident in his authority to do so, and look forward to winning in court,” his spokeswoman, Alena Yarmosky, said in an email Monday.

A similar lawsuit was filed last week by William C. Gregory, a descendant of two signatories to the deed transferring the statue, its enormous pedestal and the ground they sit on to the state. That lawsuit argues that the terms of the deed prohibit the administration from removing it now.

A week ago, a judge issued a 10-day injunction in that case, temporarily preventing Northam’s administration from removing the statue. Court records show a hearing is scheduled for Thursday.

The plaintiffs in the lawsuit filed Monday aimed to consolidate the two cases, in part because they were seeking similar relief from the court.

But Attorney General Mark Herring filed a notice of removal late Monday afternoon transferring the case to federal court, a move his spokeswoman said did not require a judge’s approval.